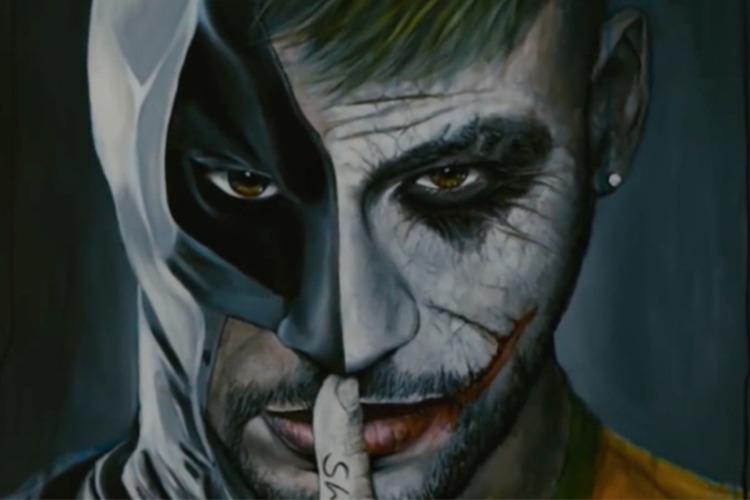 Neymar Jr plays for Paris Saint-Germain, the leading force of soccer talent in France. photo by The Business Standard

What can soccer fans gather from the newly released Neymar Jr. documentary? Well for one, nothing and everything is as it seems.

Netflix made way for yet another great sports story. In its introduction, Paris Saint-Germain’s (PSG) Neymar da Silva Santos Jr. released a docuseries, “Neymar Jr: The Perfect Chaos,” consisting of three episodes that were aimed at revealing the truth of Neymar’s life.

A global superstar, Neymar, is to be almost always found in the limelight. This leads to much speculation of the star of PSG. ESPN reported, “Neymar, 29, is known for hosting lavish celebrations with big personalities in attendance, inevitably drawing media attention.” With the global expectation that is inherent in being compared against the world’s best soccer players like Lionel Messi and Robert Lewendowski, Neymar is often criticized for his performance. It doesn’t help his case that in 2017 the superstar was signed from Futbol Club Barcelona (FCB) to PSG for $222 million. His price tag, along with the prolific soccer country of Brazil entrusting him to win trophies, only surmounted his feelings of pressure and expectations. This means that every move he makes is under strict praise or scrutiny, but more often the latter. However, this begs the question: how much does the world really know about the star? The documentary was broken into three parts: “The Great Brazilian Promise,” “The Comeback,” and “This is Paris,” all of which revealed a chapter telling Neymar’s story in remarkable form.

The first episode, “The Great Brazilian Promise,” spoke to Neymar’s upbringing in Brazil. With him finding stardom among the grounds at Santos F.C. in Brazil, he became a nationally recognized name. The Santos supporters found great enjoyment in his flamboyant style of play. At a young age, he was being marketed to fully enjoy the commodities that come with fame and fortune. Neymar agreed to filming commercials, doing interviews, and selling his brand. Most of his business, however, was the result of his father’s work. Taking on the role of agent, Neymar Santos Sr. was, and still is, behind the global reputation that Neymar Jr. holds. Additionally, the first episode spoke to Neymar’s transfer to FCB. Being one of the biggest clubs in the world, Barcelona is home to the best players worldwide. His time at Barcelona sparked excitement as he completed a lethal attacking front trio with Lionel Messi and Luis Suarez.

The second episode, “The Comeback” was quite interesting as it described the inner turmoil that resulted from the surprise move of Neymar to PSG. Leaving Barcelona was a shock to the world because he had fit in so well with the team. The documentary speculated that he was perhaps disinterested with being in the shadow of Messi. Ultimately, he denied these claims, implying that he likes change in his life as it challenges him. With him being the most expensive player in the world, his move to PSG came with expectations. Not to the liking of PSG fans, he often underperformed and didn’t find much success for the team early on. This led to a harsh reception from the fans including infuriated chants in their own stadium, Le Parc des Princes. Neymar responded in his documentary, “At first I couldn’t believe it. Whenever I touched the ball, I was booed. To be honest, I like this climate. Whenever people are rooting against me, I believe in myself. I can do it, I will do it.” One fan interviewed included that “[Neymar] thinks too highly of himself.” But perhaps the world found out something they didn’t know about Neymar Jr.: he likes to be the villain. Film location for the documentary showed a piece of artwork hung on his wall. The artwork was a painting of Neymar’s face; half of it was the comic superhero Batman, while the other half consisted of white makeup and green hair, depicting him as the Joker. Evidently, he is more involved in his own marketing than he lets on for he has constructed the perfect balance that the painting depicted.

The last episode, “This is Paris,” tried convincingly to show that Neymar’s relationship with Paris’ fans had been repaired. While it may take more than his own documentary testifying to his repaired relationship, he seemed more at peace with his current status. By showing his relationship between him and his son, and by depicting scenes of him surrounded by family and friends, Neymar might have just proved that he didn’t really care what critics say as he is living how he pleases.
Among his busy lifestyle, his controversial style of play, and his diva-like attitude, Neymar completes a trifecta for the media to dissect. However, in many respects, all the noise doesn’t matter because as long as he is a player who continues to inspire and awaken the excited spirit of soccer fans around the world, Neymar Jr. stakes his place as one of the most influential players to ever play the game.