Power to the Polls 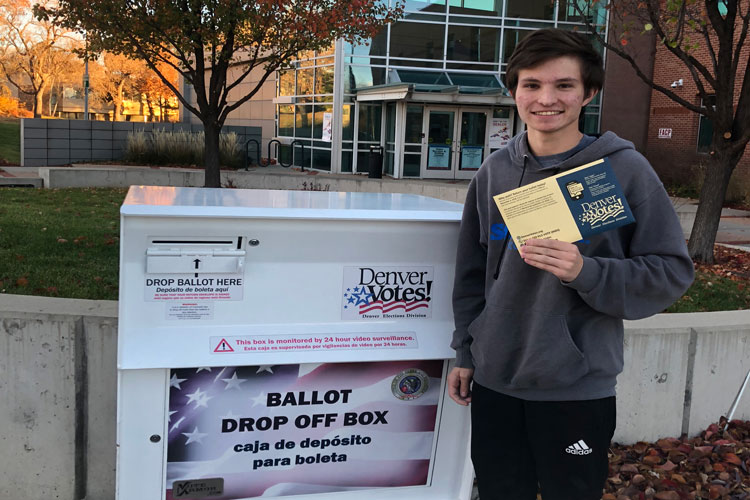 Americans are bracing for a contentious midterm election.

It is time to vote! The midterm elections are taking place on Tuesday, November 6th. Voting is a right that many before us fought hard for, and one that is extremely important. John Lewis, US Representative and civil rights icon, reminded Americans how important voting is in a tweet on October 22th, declaring, “I have been beaten, my skull fractured, and arrested more than forty times so that each and every person has the right to register and vote.” Remember, do not ever take your vote for granted because every vote counts.

The 2018 midterms might be one of the most contentious elections America has seen in decades. For those who may not know, ‘midterm’ is used to describe elections taking place in non-presidential election years, and is often considered a referendum of the incumbent president’s job approval, which may lead to the incumbent’s political party gaining or losing seats in the United States Senate and House of Representatives. Going into the election, Republicans control Congress with a 51-49 slim majority in the Senate and 240-194 commanding majority in the House with one seat currently vacant.

Following Hillary Clinton’s stunning defeat in 2016, an energized Democratic base is looking to chip away at their losses and take back seats and control of the House and Senate. Republicans are trying to fend off Democrats in key races, looking to bolster their slim majorities in the House and Senate. Regardless of who gains control over Congress, there will be a record number of the female candidates elected, with a record number of women running for office, largely attributed to the energy of the #MeToo Movement.

Renowned Political Analyst Nate Silver of FiveThirtyEight predicts that Republicans have a 4 in 5 chance of keeping control of the Senate, while the party only has a 1 in 7 chance of keeping control of the House. Senate Majority Leader Mitch McConnell and other top Republican leaders are looking to take down incumbent Democratic senators facing tough reelection bids in 4 red states –Montana, Missouri, Indiana, and West Virginia– states that President Donald Trump won by large margins in 2016. Trump has been campaigning heavily for Republicans in those states, hoping that his popularity among voters will lead to wins for Republicans at the ballot boxes. While working to defend these seats, Democrats are targeting Republican-held seats in Nevada, Arizona, Texas and Tennessee due to a combination of voting trends and strong Democratic candidates in those races.

Riding a wave of voter enthusiasm and anger towards the Trump administration, Democrats are looking to take back control of the House for the first time in nearly eight years. According to the Cook Political Report, there are currently 75 highly competitive House races, meaning the race is either considered a tossup or slightly favoring one political party over another. Among those 72, 15 ‘lean Democratic,’ 30 are ‘tossups,’ and 27 ‘lean Republican.’ To win a majority, Democrats must have a net gain of 23 House seats. From 2012 to 2016, there was a shift in which many college-educated, white suburban voters broke a trend and voted for Democrat Hillary Clinton instead of Donald Trump, many of which citing Trump’s rhetoric and behavior. However, in many of those suburban districts, voters elected a Republican for Congress, while voting Democrat for president. Democrats are hoping distrust of the GOP will translate into crucial wins in suburban districts across the country to take back the House.

Colorado is a battleground state in the upcoming midterms. We have elections for our next Governor, Attorney General (AG), Secretary of State (SOS), Treasurer, as well as for state legislature and US House. Currently, the Democrats control the Governor’s mansion and the State House, while Republicans control the Attorney General, Secretary of State, and Treasurer’s offices and the State Senate, by a 1 seat majority. No party has an advantage in power in Colorado and the registered voters in the state are roughly ⅓ Democratic, ⅓ Republican, and ⅓ Independent. US Representative Jared Polis and Treasurer Walker Stapleton are vying to replace incumbent Governor John Hickenlooper, who is term-limited. A new poll from the polling company, Magellan, shows Polis with a 7 point lead over Stapleton, as the two candidates battle to show Coloradans’ who is the best leader for the state. Colorado Democrats are also seeking to flip one seat in the State Senate to gain control and are fighting to expand their comfortable 6 seat majority in the State House. On the other hand, Republicans are still campaigning strong and are hoping to cement their political power by keeping control over the Attorney General, Secretary of State, and Treasurer seats by using Trump’s endorsement of Stapleton to energize voters and bring victory to their party come November.

The US House race battle runs through Colorado as well. Mike Coffman, a 4 term incumbent Republican representative of Aurora has been on the target list for Democrats in the past few election cycles. Coffman is squaring off against Democrat Jason Crow, an army ranger veteran who believes it is time for a change in leadership in that district. FiveThirtyEight and the Cook Political Report categorize that race as ‘lean Democratic.’ It has shifted from a once reliable Republican district to one that is increasing competitive and has voted for Democrat in the past two presidential elections. On October 19th, media outlets across the country reported that the National Republican Congressional Committee will rescind its spending pledge of $1 million dollars in the district, signaling that Coffman is in trouble and could quite possible lose his reelection bid. Democrat Diane Mitsch Bush of Steamboat Springs is challenging incumbent Republican Representative Scott Tipton of Cortez in the large and expansive 3rd district. Tipton has won elections by comfortable margins since he has taken office, but the race is considered a tossup, and Democrats are eyeing a possible pickup opportunity.

Besides candidates, there is much more at stake on the ballot, such as constitutional amendments and ballot initiatives. For more information, click here for Colorado Public Radio’s 2018 voter guide.

A well-functioning democracy depends on its citizens to vote, and to never sit out an election. Quite frankly, democracy is on the shoulders of all Americans in the power to vote. While some states make it easier to vote than others, Colorado makes voting the easiest way possible. Colorado uses a mail-in voting system and even lets people to register on election day and vote that same day. There’s truly no reason not to vote. For more on why voting is extremely crucial, please read Make Your Voice Heard, written by the TJ Journal’s very own Baxter Stein. Please encourage everyone around you to register and vote in elections regularly. To register to vote, check your registration status, and for other information about voting, please refer to the Colorado Secretary of State’s website.

The power is in our hands.