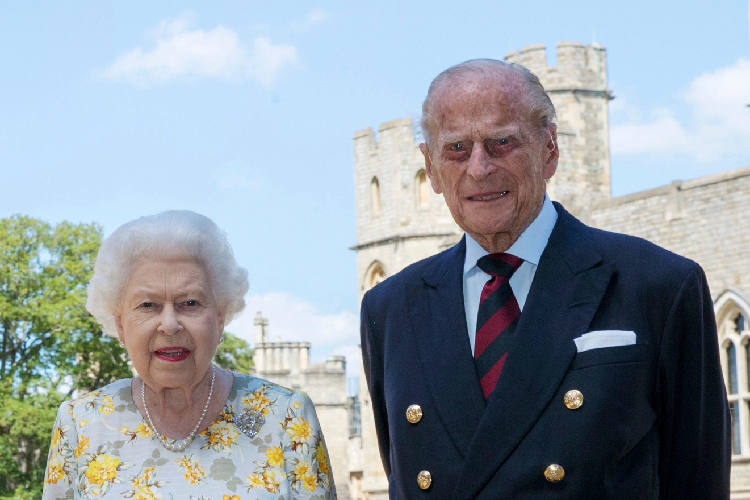 Queen Elizabeth and Prince Philip at their home in Windsor Castle before the Duke’s 99th birthday. photo by Steve Parsons, AP

The death of the Queen’s consort, Prince Philip, Duke of Edinburgh, ignited controversy over the leader’s past inappropriate comments.

The idea of monarchies is usually related to old governments or fantasies. It is often forgotten that there is still a monarchy that resides today in the United Kingdom. The UK still uses a monarchy in its government; however, it is much different than how it used to be. The Queen of England serves as Head of State for the country. She approves bills before they become laws and is responsible for opening and dissolving Parliament. Parliament is in charge of making most of the political decisions. The Queen has been the Head of State and political image for England since 1952, reigning for almost 70 years. She did not do it alone; by her side for 74 years, Prince Philip, Duke of Edinburgh, sat next to her on the throne. However, even after all those years of sitting by his wife’s side, he never received the title of King and was referred to as a Prince his entire rule. This was due to the fact that he was never in line for the British throne, as he was formerly the Prince of Denmark and Greece.

Sadly, on April 9th, 2021, the Prince passed at the age of 99 in his home, Windsor Castle, leaving his wife widowed at the age of 94. His passing followed shortly after an operation on his heart. The Prince had been admitted into the hospital mid-February after feeling unwell. It was soon found out that he had a pre-existing heart condition. There was said to be a successful treatment for this condition, but after being in the hospital for a little over a month, the Prince was brought back to Windsor Castle, where he spent his last days. Prince Philip’s final resting place will be in St. George’s Chapel, where almost every royal family member’s funeral services are held. The Prince’s remains will be interred into the Royal Vault. The vault is a burial chamber directly below the Chapel constructed for the senior members of the Royal Family to be placed after their passing.

When the Prince passed, prominent figures of politics spoke up to remember the loss of this long-standing consort to the Queen. Some mentioned his accomplishments, such as many charitable events and donations, while others touched on the humor that he brought to the table. However, recently it has been brought to light that some of these “jokes” were casual acts of racism. One of his most well-known comments was from 1986, when he visited China and made racist comments about people’s appearances and their culture. At the time, these comments caused a small scandal but were ultimately passed over. When it came to comments like these, they were not a surprise when expressed. It has been said that Prince Philip was one for causing problems due to the comments he made. Lots of them were political, despite the fact that the royal family was usually told to stay apolitical; this led to a lot of officials having to extinguish the fires the Prince started. The worst remarks that were made were always when he was visiting other nations. These remarks were almost always inappropriate and racist, which caused his reputation to be often related to the remarks he made.

The comments did not strictly remain in the 20th century, as they continued on into the 21st century as well, even to this day. The Royal Family was recently accused of racism towards the Duke and Duchess of Sussex, and, this recent scandal has further added onto the debate over the Prince’s racist remarks, as his previous inappropriate remarks resurfaced in the media after his death. The Prince made no attempt to apologize for the inappropriate actions he made towards others, and unfortunately he no longer has the opportunity to do so.