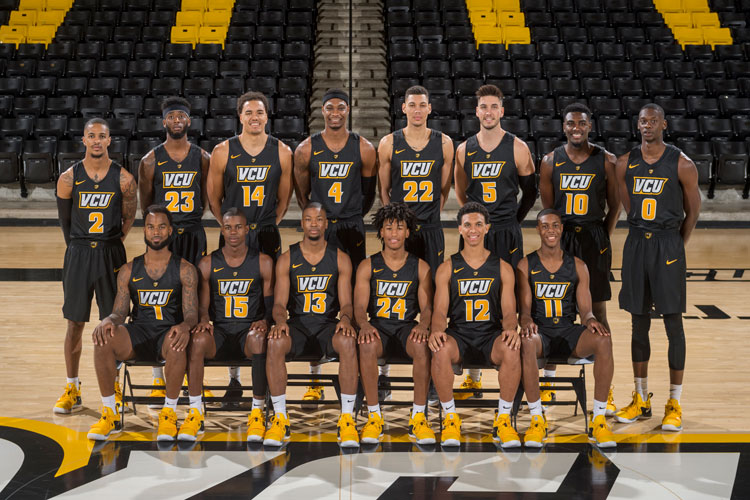 Coach Mike Rhodes continues to emphasize the importance of academics in college basketball.

Basketball has always been an enormous part of my family’s life. I honestly can’t imagine where I would be without years and years of memories about basketball talk and debates.  It is pretty rare, but I have the fortune to call a fairly famous coach my family. Being the head coach at a successful Division I program is no easy feat. The pressure of winning games and proving worth in the team’s conference can get to a coach’s head, but being a role model for the players falls higher on the to-do list. Although it is their job to improve the skill set and athletic ability of their players, growing their character and personalities is just as important. The life of a head coach is not easy but comes with baskets of achievement and fulfillment.

Mike Rhodes, the current Head Coach at Virginia Commonwealth University (VCU) and my cousin, is striving to be the best coach he can. Rhodes has a long history in basketball — playing Division III college ball and winning the 1994 D3 championship, two All-American honors, and topping it all off winning the 1995 National Player of the Year award. Shortly after college, Rhodes began coaching at Randolph-Macon college. He went 1975-76 in 10 seasons, reaching four NCAA Division III Tournaments and two Sweet Sixteens. Later in his coaching career, Rhodes found his way to VCU as an assistant coach. He then left for the Rice University head coaching position from 2014-17, finishing with a 47-52 record over the course of those three years. Now, as the head coach of VCU, Rhodes is commanding his team to a 28-19 record over the last two years and continues to improve. Despite his impressive record, basketball fundamentals are not the only things he tries to instill into his players’ minds.

Rhodes holds a high standard of academic success for his players and expects them to excel in the classroom as well as on the court. Rhodes addressed this by stating, “We stressed daily academic success by approach and attitude. Our guys know how important doing well academically is to me and having success builds great confidence.” Holding a high standard of academic success not only pushes players to reach their maximum potential, but also teaches them responsibility and accountability, a key aspect of team play. Academics are not the only thing that could hold the team back, however. Maintaining positive attitudes and controlling the personalities and egos of the players is a constant struggle for Rhodes. Many of Rhodes’ players are as young as 18 years old and hold dreams and aspirations to accomplish greatness, but struggle to take guidance. As a result, Rhodes puts as much effort as he can to push these players in the right direction. Rhodes stated, “Each player has dreams and goals as individuals, and we must make sure they align with our team goals. Subduing outside influences, external and personal pressures to continue to move forward as young men and players are very important to me.” Despite this, Rhodes continues to instill the core values of team to his players in order to keep them on track.

Every great team has its rough patches. After finishing 17-18 during the 2017-18 season, Rhodes reflected on improvements that needed to be made, stating, “We want to make sure we carry over the positive habits that were successful and address concerns, issues or poor habits and change for the better.” During that season, senior Justin Tillman averaged 18.9 points and 9.9 rebounds per game as a senior, shooting 55% from the field. His season high, in scoring came, in February when he scored 37 points in an overtime win against Dayton. Although Rhodes had talent on the roster, he continued to push his players to meet their goals and strive to achieve greatness not only on the court but in the classroom as well.