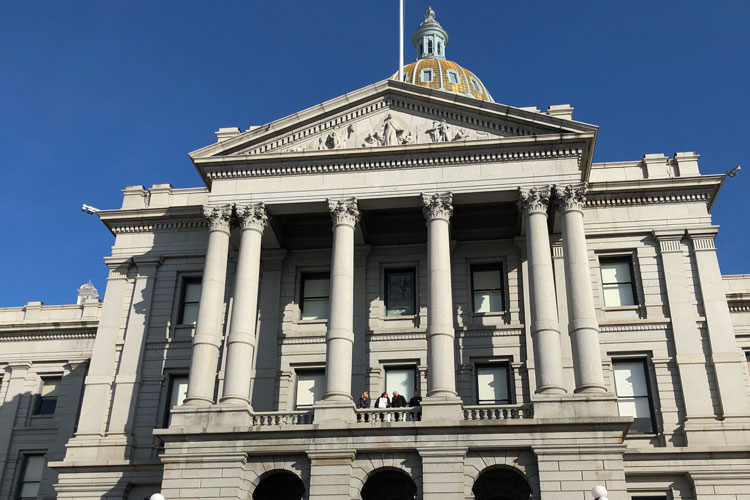 The 2018 midterm elections propelled women across the country into Congressional elected office. photo by Joe McComb

A record number of women were sworn into the 116th Congress on January 3rd, 2019.

November 8th, 2018, was an historic night for women in America, as they made huge gains in local, federal, and state-wide offices across the country, especially in the United States House of Representatives. After election night, the 116th Congress started to look and be more representative of the American populace, but there is still much more progress to be made. A record number of 258 women advanced in primaries and were on the midterm election ballot for Congress, motivated to run for a variety of reasons, including opposition towards President Donald Trump, empowerment from the #MeToo movement, a belief that it is time for new leaders, and frustration with the overall dysfunction of Washington.

The number of women in Congress starting in the 116th Congress broke records in both chambers of Congress. In the U.S. House, 102 women are serving, representing 23.4% of its members and 24 women are serving in the U.S. Senate. Of those women, 37 won their U.S. House races for the first time in the midterms, proving that America is ready for a new generation of leaders who more closely identify with and reflect the beliefs of their constituents. The 116th Congress will also be the most racially diverse Congress in history, which will further elevate the voices of people of color across the country whose beliefs have long been ignored by their own government.

Nancy Pelosi of California’s 12th district won the gavel to become Speaker of the House for the second time, previously serving from 2007-2011. Her efforts and strategies in the midterms paid off, securing the Democratic Party’s takeover of the House. A group of insurgent House Democrats led primarily by Representatives Tim Ryan of Ohio  and Seth Moulton of Massachusetts attempted to rally other members of the caucus to vote against Pelosi for Speaker and many Democrats made a campaign promise to not support her if they were elected. Ultimately, their efforts fell short as Pelosi is once again the most powerful woman in the government. Since chosen as the Speaker, Pelosi has stood firmly against Trump’s call for additional funding for the southern border wall and continues to work to create unity between the progressive and moderate members of her party. She is poised to push a bold agenda, despite roadblocks in Mitch McConnell’s Senate and the Trump White House. Under her leadership, the first bill Democrats in the House unveiled since the new class of representatives were sworn in is H.R. 1, also called “For The People Act.” The legislation addresses the protection and expansion of voting rights, ethics reforms, and also requiring presidential candidates to release the last 10 years of tax returns, a direct shot at President Trump, who has rejected calls to release his own personal tax returns.

Freshman Congresswoman Alexandria Ocasio-Cortez, a 29-year-old of New York’s 14th district, consisting of parts the Bronx and Queens, has quickly risen to fame as the youngest member ever elected to Congress. She shocked the political establishment on June 26th when she defeated 10-term incumbent Congressman Joe Crowley, the number four House Democrat in the primary for the district. She easily won the race in the midterm election. Ocasio-Cortez ran for Congress for many reasons, including better representation for the district. As a woman of color who was waiting tables shortly before her bid for Congress, she believed her experience most closely reflected the people in the 14th district. Ocasio-Cortez argued her Democratic opponent, Representative Joe Crowley, was out-of-touch with lower income people of color, who comprised most of his former constituency. In her campaign, she promised to tackle massive income inequality, climate change, and advocate for a federal jobs guarantee, a $15 federal minimum wage, Medicare For All, and a Green New Deal. Despite becoming a target for people across the political spectrum, Ocasio-Cortez continues to be fearless and vocal in her beliefs and vision for a better America.

Senator Marsha Blackburn, a Republican of Tennessee won her race comfortably in the midterms to become the first female Senator from Tennessee. Before her election as a Senator, Blackburn worked for the Southwestern Company, becoming one of the first female sales associates and sales managers. She later founded her own company, Market Strategies. In 1998, Blackburn was elected to the Tennessee State Senate, and quickly earned a reputation as being a budget hawk focused on fiscal responsibility. During her time in the Tennessee Senate, she led efforts to defeat a proposed state income tax. In 2014, her anti-income tax work received a significant win when the voters of Tennessee passed a constitutional amendment which explicitly prohibited an income tax in the state from being passed into law. Blackburn was also elected to Congress serving Tennessee’s 7th Congressional District from 2003-2019, her philosophy driven by a belief in a small and limited government. Her core work in the Senate will be mainly on fiscal responsibility and limiting power of the federal government. Earlier this month, Senate GOP leadership announced Blackburn and fellow Senator Joni Ernst of Iowa will be the first Republican women to serve on the Senate Judiciary Committee.

Sharice Davids, a Democrat from Kansas’ 3rd district won her race to become one of the first Native American women and the first openly LGBTQ+ Kansan elected to Congress, unseating incumbent Republican Representative Kevin Yoder (R-Kansas) by nearly double digits. Over the past few years, Kansas voters, especially in suburban areas, have grown wary of Republican candidates due to the state’s budget crisis, propelling Democrats and frustrated Republicans to organize for a new vision. She is a member of the Ho-Chunk Nation, a Native American tribe located in Wisconsin, and has spent much of her life dedicated to advocating for greater economic opportunities and projects for Natives across the United States. Davids is considered an expert on development in Native American communities and is taking her expertise in that subject area to a bigger platform in Washington. Before her election to Congress, she also attended Cornell Law School and served as a White House fellow towards the end of the Obama administration. As an openly gay woman of color, Davids has put fighting for equity on the forefront of her leadership in Congress.

The midterms paved way for many firsts in the 116th Congress. Democrats Rashida Tlaib of Michigan’s 13th district and Ilhan Omar from Minnesota’s 5th district became the first Muslim women and Alexandria Ocasio-Cortez, a Democrat of New York’s 14th district is currently the youngest woman to serve in Congress. The wins of Democrats Sharice Davids from Kansas’ Third district and Deb Haaland of New Mexico’s First district allowed Native women to have congressional representation at last.  The voters of Tennessee and Arizona also elected the first female Senators in their states.

At President Trump’s State of the Union address on February 5th, Democratic female members of Congress wore white in solidarity of the women’s suffrage movement. Many female Democratic lawmakers also chose to wear white to send a message to the president who they perceive as misogynistic and hostile towards women’s issues.

While not all female members of Congress view themselves as defined by their gender, the women of the 116th Congress are a diverse group of individuals, each with a unique background and perspective. Most importantly, they are certainly not a force with which to be reckoned.

Women get the job done.