Release Party For One 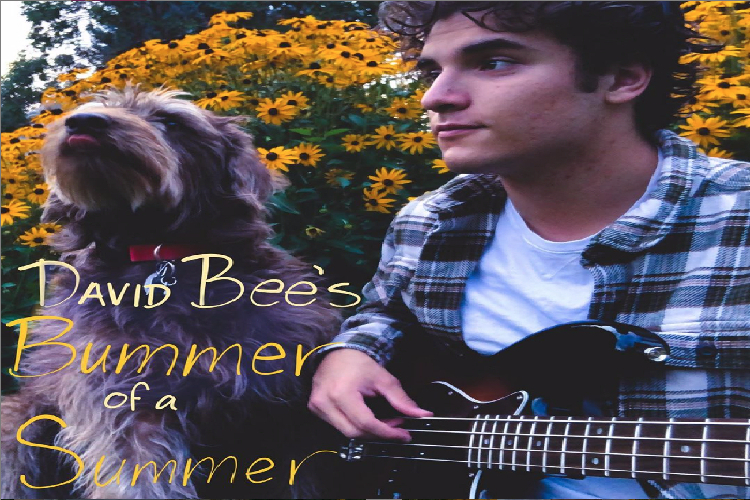 The cover of Birkhaeuser’s first EP, Bummer of a Summer. photo courtesy of David Birkhaeuser

How one local artist created and released an EP, during a global pandemic.

Traditionally, new music would be released on a Friday, followed by a series of promotion events, whether that be an interview, a surprise merchandise store, or a concert.  Since the COVID-19 pandemic, this path has been inaccessible to musicians. Artists have been getting creative with how they have been putting their art into the world. Some live streamed concerts or hosted virtual meet-and-greets. Others made videos from home using a simple green screen and an iPhone. Not only has this pandemic affected our most famous musicians, it has highly affected our local artists here in Colorado.

I got the incredible opportunity to sit down, virtually of course, with one of the many local artists here in our 303 backyard, David Birkhaeuser. Birkhaeuser, who goes by the stage name David Bee, is a nineteen-year-old Colorado native and current sophomore at the University of Colorado Boulder (CU). He is currently majoring in molecular biology and Spanish but is also going for a music technology certificate. Birkhaeuser’s music journey started back in middle school. “I remember when I was in middle school all my friends were a part of band,” Birkhaeuser states. He started out playing french horn in the fall semester and continued through middle school and into high school, yet he felt something was lacking until he discovered jazz band. Joining jazz with a cheap $60 trumpet, he began to truly learn music. In the band, he was introduced to the basics of music theory, solos, and song writing techniques such as AA, BB, AB, and so on. It was not until his junior year of high school when he picked up a guitar and began teaching himself how to play.

On September 6th, 2020, Birkhaeuser released his debut EP, Bummer of a Summer. The tracklist includes “Shangri-La,” “Homewrecker,” “Girl from Spain,”  and “Cannery Row.” While discussing the album, I was curious to know which song was most difficult to produce, to which he replied, “Homewrecker.” The reasoning behind this was because when you dissect the song, you would find multiple layers,from drums to bass, even bits of acoustic guitar and piano, which he said “…tend to clash.” He told me that during this quarantine, like many others, he has had a gracious amount of free time to fully delve into the album. A song would start out with the lyrics, as words come easy to Birkhaeuser. Then, he typically adds a bassline, considering that is what he is mainly playing right now along with guitar. Next, he will lay down some drums and whatever else he feels the track might need. For example, “Girl From Spain” has various tracks of claps that he added. Of course, these layers and recorded samples are not just put together with the snap of a finger; they need to be edited and arranged so that it flows. To finalize this all, Birkhaeuser imports all his recordings into a student version of Protools, a music software. Birkhaeuser claimed, “It’s really rare for me to just sit down and “come up” with a song, but once I’ve got an idea, I can spend hours working the same section in a song, and I tend to get a bit lost in the sauce. Usually, my free time and the time I spend doing music is the same thing.  Producing is a hardship Birkhaeuser faces often, “What would normally take a regular producer to do in ten minutes takes me ten hours, and it is not even as good,” he joked.

When it came to releasing and naming the EP, Birkhaeuser was not quite sure how that would turn out. “Bummer of a Summer” was originally set to be released in May, but he missed the cut off. Being realistic with himself, he decided that September would be a reasonable deadline. Unlike the release date, the name of the album came at the very end. A few friends suggested names like The Long March, but he believed that was too depressing. It was not until his friend, Jake, suggested that he do a reference to his lyrics like Baby Jake, who is an artist Birkhaeuser likes. So with this idea in mind, he took the lyrics, “I bet we’ll laugh about it later on a little mistake we made in the summer. My lips are shut, I’ll play along but to be honest baby it’s a bit of a bummer.” Birkahauser expressed how he wanted the title to reflect quarantine— thus the name Bummer of a Summer. Plus, he liked the rhyming. To finish the album, Birkhaeuser shot and edited the cover. The cover includes Birkaheuser holding his bass looking into the distance with his labradoodle, Guapo, next to him. His background consists of yellow and black flowers from his mother’s garden.

Much like this album, the cover has a few easter eggs itself! The flower colors go hand in hand with his full stage name by matching the colors of the striped insect. My number one interest was to know about how albums were made. What are the influences that played a part in the artist’s process?  I did not hesitate to ask my burning question. On Birkhaeuser’s Spotify, he created a playlist of all the music that  inspired him to create his album. The playlist includes artists such as The Eagles, Simon and Grafunkle, and Earth,Wind and Fire. A wide variety of influences can be heard throughout the album.

No artist makes art without a meaning. Originally, when I asked him what he wanted listeners to take away from the album, he was not quite sure. It was not until a few days later that he confessed to me he had been pondering my question, and he finally had a message he wanted people to take away. “At the end of the day, the lyrics aren’t anything profound, but they’re supposed to take you away from reality, just a little bit. Whether you’re going to Shangri-La to find yourself, to Spain to find a lover, if you’re caught in a love triangle, or in Cannery Row, it’s far from wherever the listener really is. 2020 has been a bit of a storm, to say the least, and the EP is supposed to be a bit of a distraction. Something nice that you can just sit down to and forget about life for a while, you know?” Birkhaeuser expressed. Now I do have the great pleasure to let you all know that he is currently working on songs as of right now. He does not have a specific plan, more of he is just writing and creating sounds that sound similar to Bummer of a Summer, but also they will have a bit of a different sound as well. He mentioned how he did not want to diverge too far from the underground indie sound because he wants people to hear a song and be able to recognize it as a David Bee song.

This was an experience that I will be forever grateful to have had. It was beyond spectacular to be able to understand the inner world of a musician and all the little details in between. I cannot wait to see what David and many of Colorado’s local musicians have in store for a hopefully bright future. Make sure to check out Bummer of Summer, which can be found on Spotify.