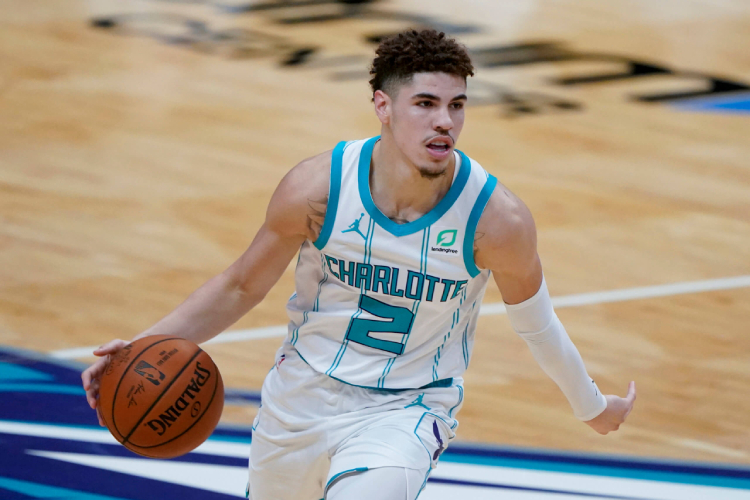 It is yet to be seen whether or not NBA player Lamelo Ball will rise to the high expectations surrounding his entrance into the National Basketball Association.

In the 2020 NBA draft, point guard LaMelo Ball was selected third overall by the Charlotte Hornets. Before the draft, Ball’s father, LaVar Ball, had bragged to the world how it was a no-brainer that LaMelo would go first overall in the 2020 draft.  Despite his father’s claims proving false, LaMelo still had the opportunity to make a name for himself.

The hype for LaMelo Ball started at a young age. LaMelo and his two brothers starred in his father’s TV show, Ball in the Family. By having a following before his basketball career caught attention, LaMelo already had media pressure from a young age. Ball’s basketball career skyrocketed in high school, playing for Chino Hills with his two brothers. In a single game, LaMelo blew up for scoring 92 points. While some argued this feat took little skill as he ‘cherry picked’ most of the game, it would be impressive to see someone else attempt to do the same. To put it in perspective, the average player’s points per game in the NBA is 10.2. While Ball scored 92 in a high school game, even the greatest in the game tend to score right around 30 points per game. Ball and his team went on to win the state championship that year. LaMelo’s basketball career took a turn after his sophomore year at Chino Hills. His father felt that the new coach was not someone he wanted coaching his son to prepare him for the next level. Instead of transferring to another high school, Ball signed with the Lithuanian professional team Prienai. After a year with Prienai, Ball transferred to a high school in Ohio, playing for SPIRE Academy. Though he was recruited by UCLA, Ball chose to take the path less traveled and went to play for the Illawarra Hawks, a professional team in the NBL (National Basketball League) in Australia. While playing in Australia, Ball won NBL Rookie of the Year. Finally, after a stellar season with the Hawks, Ball declared for the draft, bringing him to his current career.

On LaMelo’s NBA debut, he went scoreless, having only one rebound, three assists, and two steals in his 16 minutes played. Not a terrible start; however, one of the arguably greatest players ever, LeBron James scored 25 points with nine assists.  Maybe Ball isn’t going to be as great as his father LaVar puts out, but he still has a lot of time to make a name for himself. In fact, Ball’s statistics have continued improving throughout the season. On January 9th, 2021, Ball became the youngest player in league history to post a triple double, where he had 22 points, 12 rebounds, and 11 assists. LaMelo is heating up and the world is curious to see if he will really be all that. At just 19 years old, LaMelo has a lot of time to find his groove and improve in the NBA.