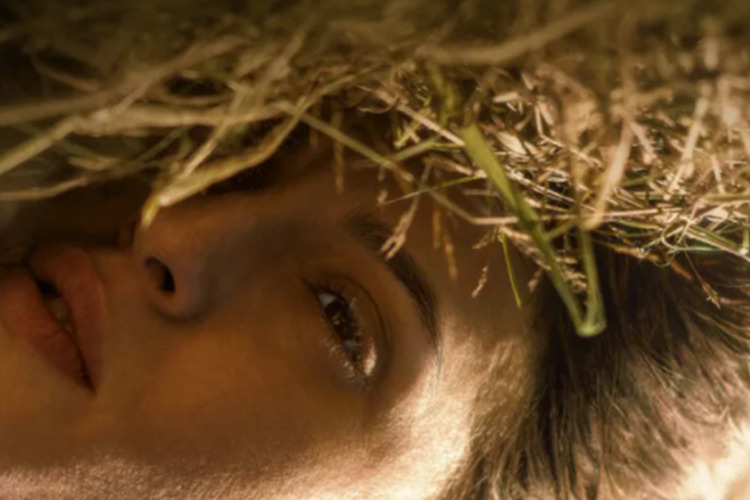 Fever Dream captures its audience with a twist of complex emotions on motherhood and nature. photo courtesy of Netflix

A film that entrances its audience in a complexly twisted story, raising awareness for environmental issues. WARNING: Spoiler Alert

On October 13th, 2021, Fever Dream, a Spanish physiological thriller and horror film, was released as a Netflix original film. The film is unique in a variety of ways, such as how it metaphorically highlights the societal impact of environmentally harming pesticides, including disease and infection. The cinematic experience is elegant, while vaguely developing ideas that viewers must critically and creatively wrap their heads around.

The film begins with establishing a connection between a woman and a boy by creating a dramatized and mysterious conversation that catches the viewer’s attention. Although the characters are not shown talking to each other at all during the film, their voices are consistently hovering over certain scenes. This portrays that the audience is hearing their inner thoughts, gaining a better understanding of their significance to one another in the story. The woman is known as Amanda, played by Maria Valverde, and the boy is called David, played by Emilio Vodanovich.

Amanda and her young daughter are introduced to their isolated cottage near a small town in Argentina, which was left for them by Amanda’s father. Her husband, Marco, moves around a great deal for his work so he does not go to the cottage with them. Even though the family unit is constantly moving to account for his work, Marco is conveyed to be an indifferent father figure and does not visit or stay with his family. Once Amanda and her daughter settled in, their neighbor Carola, played by Dolores Fonzi, made a kind gesture towards them by offering them buckets of, what she had claimed to be, clean water. This initiated the friendship between Carola and Amanda, who began to spend their days together and talk to each other about their lives as mothers.

Carola is the mother of David, who is a character with a chilling yet intriguing backstory. Carola’s husband’s job involved the care and training of prestigious horses, so the work he did with his most valuable horses brought money to their household. One night when David was very young, Carola was not paying attention to the stables and the most prized horse had escaped. She then grabbed David and ran down to the stream to retrieve the horse who had been drinking from the water. As she was leashing up the horse, David began playing in a puddle of mud and water, making attempts to interact with his mother and show her what he was doing. Carola had mostly ignored her son, and they all headed back up to the house, where it was then discovered that a bird that had been drinking from the puddle and was found dead due to intoxication.

The next day both the horse and David become devastatingly ill, as if something horrific had poisoned them. While the husband rushed to the vet to save the horse, Carola was left with her son dying in her trembling arms. She then went to a place known as the greenhouse, as she believed the woman there was capable of healing her son from the deadly infection. The woman explained to her that her son’s soul would have to be divided into two bodies in order to save him. Evidently, Carola agreed to this to keep her only child alive. From that point on, David was a strange, troubled young boy, who took part in odd and frightening activities that no normal child would. He would engage in the burying of dead animals, refuse to act in a humane and polite manner with others, and had a variety of violent outbreaks, embracing physical and emotional aggression.

Throughout the film, the relationship between these two mothers and their children gets thinner, as Amanda is concerned that David is a danger to her family. She also begins to see how Carola is creepily interested in her daughter, which makes sense considering her own son no longer shows any respect or love for her. After emotional battles of motherhood, Amanda and her daughter become ill with the same disease that had overcome David and the horse. Amanda became hospitalized, being separated from her daughter, which allowed for Carola to take control. Carola told Amanda that she would bring her daughter to the greenhouse, where the woman could save her from the illness in the same way she had saved David. In the end, David had dragged Amanda down to the stream, where they took a boat downstream together. Amanda simply laid at the bottom of the boat as David rowed. Eventually, her haunting breathing that so intensely intrigued the viewer, stopped.

Behind the cinematic elements of this film, there is a deeper meaning that must be fully interpreted by the viewer themselves. The source of the deadly disease in the film is the constant application of pesticides to the town, as the spraying and spilling of toxic chemicals is shown discretely numerous times throughout the film. As David consistently mentions to Amanda, it is important to look deeply into the details. In terms of symbolism, the emphasis on the infections the characters undergo represents the negative influence pollution and toxic chemicals have on the human body. Overall, their presence is threatening to human health and development. The recurring symbol of water shows how toxicity is dissolving into aspects of nature, being disguised in a pure form even though it is truthfully infectious. The greenhouse aspect of the story is a representation of mother nature, and how in resilience against the overwhelming pollution she attempts to help the human race in their survival. Additionally, the way Carola is entirely dependent on the greenhouse for the children’s survival shows how humans find ways to connect back with nature when things go wrong, further embracing the idea that the health of our environment is key to our own survival. In terms of motherhood, the lengths each mother must go through to protect and nurture their child shows how motherly instinct is truly a factor of the female mind. They keep their children close to them, and show an extreme willingness to make sacrifices and take actions to protect them. This demonstrates the significance a child has on their own mother, appearing to be the center of their way of life.

I feel that Fever Dream is a beautifully done film that engages its audience through insightful mystery, which causes the viewer to properly analyze the in depth concepts portrayed in the film. It is not like every other common horror movie, with the basic monster and helpless victims. This is one of the significant aspects of the film that drew my attention, along with the emphasis on environmental issues in modern society that must be acknowledged. It was also fascinating to watch a foreign film, which I do not commonly do, yet I am becoming more accustomed to it as the movie industry is starting to recognize other film producers outside of Hollywood. It’s valuable to recognize the importance of this Spanish film, as it clearly demonstrates how the Hispanic community is able to produce elegant cinema in spite of the stereotypical idea that they are unintelligent in the creativity of film production. Overall, Fever Dream was a valuable cinematic experience for myself, bringing me into a world mixed with a sense of reality, including present issues in the real world, and a dreadfully magical setting.