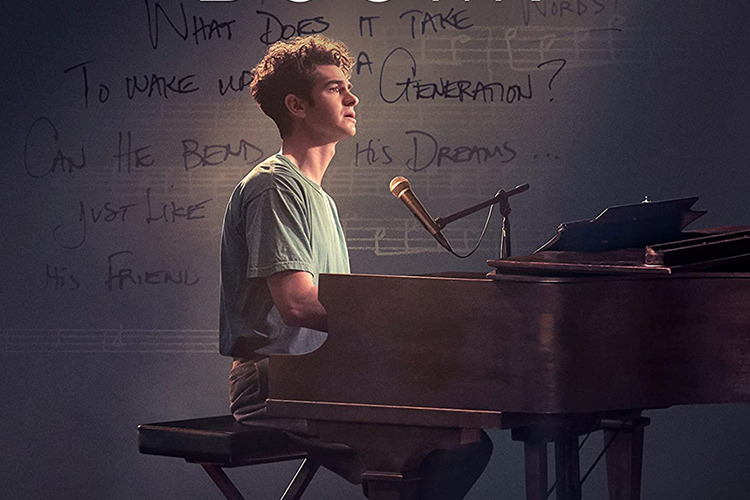 This film portrayed the honest story of the promising playwright, Jonathan Larson, who faced the overwhelming hardships of his work, love, and friendship.

The Netflix Original known as tick, tick… BOOM! was certainly worth the watch not only for the entertainment, but for the inspiration it imbues within aspiring artists everywhere. This movie is based on the autobiographical musical by the modern playwright Jonathan Larson, an aspiring composer in New York City who underwent a roller coaster of emotions in navigating his challenging career path, complicated romance, and overwhelming friendships. Unfortunately, Larson was an artist who left us too soon, passing away at the prime age of 35. This was immediately before his prompt success with composing the well recognized Broadway musical, Rent. The film stars the American actor, Andrew Garfield, who plays the part of Larson and received a well deserved academy award nomination for the role. Garfield’s performance was beautifully done as he properly captured the essence of the character’s immense feelings of stress, love, passion, determination, commitment, disparity, and all of the other attributes that made Jonathon Larson the unique person he was.

This film included so many underlying aspects in regards to the struggles of being a creative artist, which is primarily why I feel such an in depth connection to Jonathon Larson’s story. The lyrics, rhythm, and story within his work was intriguingly complex, touching those who can relate to the circumstances. I adored his process in writing the plays and truly admired his ability to turn ordinary objects into upbeat melodies, which is what he called an exercise. This made the film successful in establishing a significant connection between Larson and those in the audience whose ears perk up when their own hardships are rightfully represented in a story that both glorifies and exposes the experiences of having a creative mind. The way that Larson juggles a multitude of professional and personal responsibilities while earning minor achievements along his path in life is an inspiration that must be acknowledged. Larson’s story demonstrates how he faced an unbearable amount of pressure everywhere he looked, yet he was still able to accomplish what was commonly perceived as impossible by those he encountered earlier on in his career. It is as if this film provided a glimmer of hope to a world of promising artists who feel shut down by the treacherous path of becoming an idol such as Larson.

Sharing Larson’s conflicts with creativity, I could also understand how his commitment to his work distracted and restricted him from focusing on the valuable people in his life and completing everyday tasks, including self-care. I have been under the exact same circumstances in which I am so entranced in my own creativity and determination for perfection that I forget to take care of myself. It is moments when your mind is constantly spinning creative thoughts that, even in a quiet room, your mind is shouting a million ideas at once. This chaotic clamor that no one but yourself can hear can cause extreme rage or breaking points with even the smallest interruptions. From the outside, these moments appear sudden and uncalled for, but underneath it all is a person who is so stuck in their own never ending rush of creativity that they need someone to pull them out. This is shown from Larson’s perspective in the film as he becomes so intertwined in writing the most important song of his first play that he does not put effort into his relationship, friendships, or even the act of nurturing himself and his own health. Larson’s lover, Susan Wilson, is a woman who saw every part of Larson and wanted to be the person to pull him out of the chaos. However, their relationship was not meant to be as it was their careers that caused them to drift apart and not a lack of love. I viewed these scenes as a spark of reality behind the curtain because these are the moments that all artists eventually go through on their path to glory. These are the moments where you feel blocked by the expectations put forth by yourself and others for your art. When nothing consumes your mind more than your imagination that it has to be spilled out in some artistic form, whether that may be through visual art, music, or words. Larson goes through this exact spiral of thoughts, which characterizes him as strong willed and even more unbelievably inspiring.

I remain shocked by the film’s direct audacity in exposing the truths of how creativity is both a blessing and a burden. As a creative artist myself who tends to face similar challenges, my connection to this film is unbreakable. It touched on nearly every moment an artist goes through to produce the works that tens of thousands of people will come from miles away to admire. Even to artists who are more private, the process of creativity stays the same. There is a sense of pride that comes with completing a project birthed from passion, determination to power through the swarming thoughts formed by the artist’s imagination, anger that arises with restriction, and sadness that follows such self doubt and draining of energy. As a result, I am simply amazed by this production. My last thought is that I absolutely loved the music that flowed with the course of this playwright’s journey as I have always been a lover of musicals. Overall, I can say that this film will go on the growing list of my favorite musical productions. Jonathon Larson is a man that I had not known before this film, though he is now my artistic idol that I will never forget.