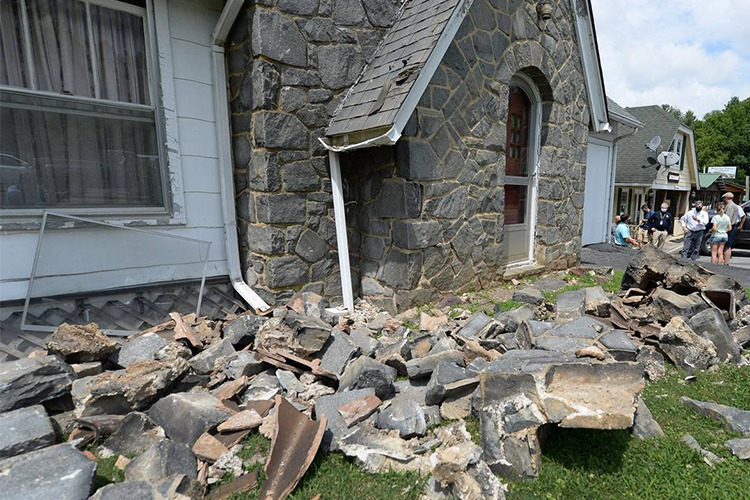 Homeowners in South Carolina are left in shock of the ten continuous earthquakes. photo by Jeff Siner

Scientists are stunned by ten recent and continuous earthquakes in South Carolina.

Approximately 10 to 15 earthquakes are recorded annually in South Carolina with three to five of them felt or noticed by people, but starting December 27, 2021 in less than a week, South Carolina was rocked with ten earthquakes, sending experts scrambling to figure out what has set the shaky trend. Earthquakes are typically caused by a sudden slip on a fault. When the stress on the edge overcomes the friction, there is an earthquake that releases energy in waves that travel through the earth’s crust, causing shaking. The fact that the earthquakes in South Carolina have been continuous for a week straight is very unusual, but the state is near a regional fault system, created when the Appalachian Mountains were formed. It was long dormant but could be waking back up.

One of the primary reasons South Carolina is vulnerable to damage from earthquakes is from liquefaction: a process in which saturated sand softens and loses strength during strong earthquake ground shaking. This can cause severe damage to structures as the ground beneath them becomes highly unstable. Current homeowners in South Carolina have started to worry for their homes and for what may happen next.

Many residents in South Carolina have been able to confirm the earthquakes by physically feeling the rumble. Rodger and Eileen Longnecker, both homeowners in Charleston, claim that the earthquakes were startling to them, and they could intensely feel the impact. Mr. Longnecker  claimed, “As we were watching TV in the living room, I was alarmed by a sudden shaking of the floor and the whole house. At first I was puzzled as to what the unexpected vibrations were from, but then I realized that an earthquake had just occurred.” Mrs. Longnecker contributed, “Mother Nature’s going to move when she wants to move, and we’ve just got to move with her and react.”

Fortunately, none of the earthquakes have registered higher than 3.3-magnitude which is typically pretty harmless and only causes minor damage. Don Blakeman of the National Earthquake Center told The Greenville News that the cluster of activity is common around the country and that the string of earthquakes has not caused any damage. “It takes about a magnitude [four] to start seeing damage like knocked off shelves,” he said. “We typically don’t see structural damage to buildings in the United States until like a magnitude 5.” He also said, even with recent data, scientists are not able to predict when a quake will happen next. “I am envious of meteorologists because they can see the storms coming. We can’t see earthquakes coming, there is nothing we can record that tells us something bigger is coming.” Researchers suggest that after the first earthquake, the following nine have most likely been aftershocks. The fact that South Carolina has already seen so many recent quakes means that another event is likely, despite the fact that when and where is virtually impossible to predict.