She Brought Justice, Now She gets Peace 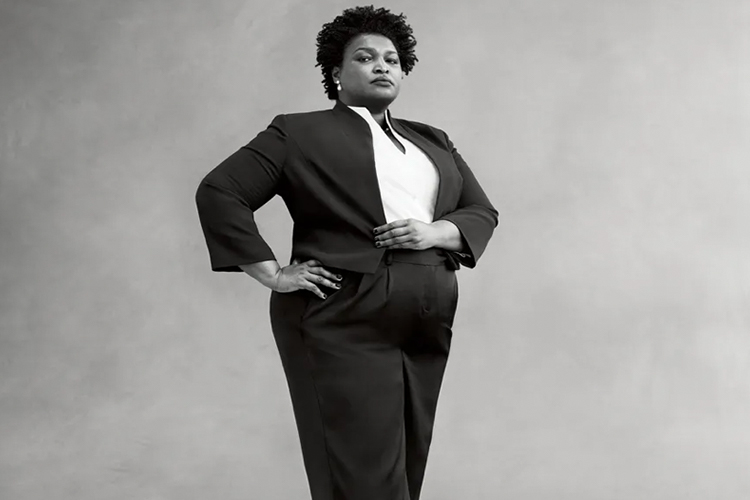 Stacey Abrams. Say her name as many times as humanly possible until you never forget it. Abrams is a voting rights activist and Democratic politician whose activism and leadership has been recognized nationally and now internationally. If this is the first time you’ve come across her name, then you may not know that Abrams played a decisive factor in the defeat of former president Donald Trump in the 2020 presidential election and the 2021 Georgia runoffs for the U.S. senate.

Voter suppression is a strategy used to influence the outcome of an election by discouraging or preventing specific groups of people from voting. In 2018 Abrams went head-to-head with Brian Kemp in an attempt to become Governor of Georgia. During the race, Kemp removed registered voters, making it impossible for them to vote in the gubernatorial election, using a legal voter-suppression tactic called “purging” the rolls. In one day in July, months before the election, 8% of registered voters in Georgia were purged. It was part of a pattern for Georgia—between 2012 and 2016, 1.5 million voters were purged. By the final tally, Abrams lost by about 55,000 votes. Even though Kemp became governor, to this day Abrams refuses to concede. Abrams said, shortly after the election, in 2018. “As a woman of conscience and faith, I cannot concede.”

As a result of her defeat, Abrams did the unexpected and launched a voting rights organization called “Fair Fight,” whose mission is to fight voter suppression and insist on free and fair elections in Georgia and across the country. The results from the 2020 election seem to show that victory has been hers all along—her organization registered an approximate 800,000 voters, turning Georgia into a swing state and helping to deliver the electoral victory to president-elect Joe Biden. She didn’t take a break after the U.S. election; she raised millions of dollars for Jon Ossoff and Raphael Warnock, the two Democratic candidates for Senate whose runoff elections in January determined whether the Republicans or Democrats had control of the Senate. Because of her hard work, the Spelman University alumna has been nominated for the Nobel Peace Prize.

The Nobel Peace Prize is one of the five Nobel Prizes established by the will of Swedish industrialist, inventor, and armaments manufacturer Alfred Nobel. Along with the prizes in Chemistry, Physics, Physiology or Medicine, and Literature, it is considered to be one of the most prestigious awards in the world. Other candidates this year include: the Black Lives Matter Movement, the World Health Organization, and climate activist Greta Thunberg. Abrams was nominated by a Norwegian lawmaker who has chosen to remain anonymous; nominated for her commitment to nonviolent change via voting and paying a major role in changing the political climate in Georgia through her organization Fair Fight Action. The Norwegian Nobel Committee responsible for deciding who wins the award will announce the laureate in October of this year.

According to a report in the Daily Beast, Abrams plans to run for governor again in the 2022 elections. Democrats and liberals are excited about what this changemaker will bring forth in the coming years. Her efforts have encouraged change amongst American citizens and reminds us of the power our ballots have to shift the future in the ways we see fit.