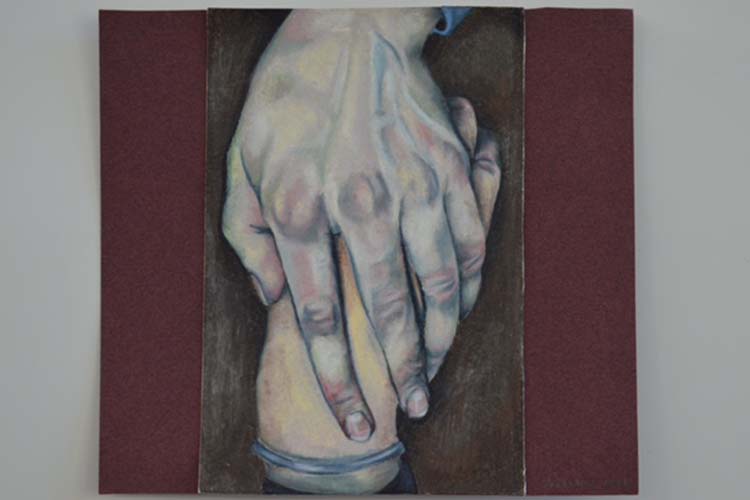 The male gaze has been an increasingly popular topic in internet discourse, but what really is the male gaze?

The feminist film theory, known as the male gaze, has taken the internet by storm. Infographics on Instagram and discourse across TikTok mention this idea consistently. The male gaze did not even begin in the feminist world, but rather the film world. This theory started with the film critic Laura Mulvey, who coined the term to describe the presentation of women as sexual objects based in a heteronormative society that exists simply for the pleasure of male viewers. While male characters are dynamic and developed, the women are dehumanized and flat. As Mulvey states, “In a world ordered by sexual imbalance, pleasure in looking has been split between active male and passive female. The determining male gaze projects its fantasy on the female figure, which is styled accordingly.” Once the theory was identified in 1975, it became a talking point for film feminists. Because of how much media affects one’s perception of the world, the idea began to be projected onto the female experience rather than just art and literature.

When discussing the gaze within the film industry, common themes are intense female nudity, a passive female character, the manic pixie dream girl trope, and slow camera pans of female bodies. These themes are usually paired with men in the director’s chair and at the writing-table. A continuous example of the male gaze is in many action movies. Franchises like Kill Bill and James Bond have women in leading roles. However, the camera pans across the female body, skin-tight clothing, frequent female nudity, and flat personalities are how these characters are created for men to conquer. Though it is a theory explicitly made about Hollywood, the male gaze can be seen throughout different forms of media. Books can tend to have a male gaze as well. Without the visual examples of the gaze, it can be illustrated by having female characters that only exist as sexual objects. Similar to how it is shown in movies, intense descriptions of women’s bodies and toneless character traits are made entertainment for male readers. While in the modern-day, the gaze has continued to be used in media. Its infinite use affects how people examine and comprehend the world around them.

There is no denying that the media affects the perception of the world. When a female-identifying person views media primarily focusing on the male gaze, it can change their understanding of society’s expectations. This is what has turned the male gaze into a feminist theory. When consumption of constant sexualization and voyeuristic views of women is shown to women at an impressionable age, it changes how they view themselves. This can be strongly connected to self-esteem issues, as they begin to view themselves as possible prizes for male attention. The presentation of femininity is then altered to please the gaze of men.

Because of this, it can also have adverse effects on how male-identifying people regard women. Presenting the sexualization of a group of people leads to their sexualization in real life and makes it appear to be socially acceptable. New York University, the University of Denver, and Harvard University did a study where they asked over 3,600 people to test gender biases. The results were astounding, with 60% to 75% of the participants viewing men as inherently more intelligent than women. This led to some believing that the male gaze and how women are portrayed in media significantly affect implicit gender biases. However, many believe these effects are not directly related to the male gaze but rather the patriarchal views the world has. Having a tool within the media that has become invisible to audiences helps uphold the patriarchy and leads to subconscious effects on self-esteem and perspective.

The possible harmful effects of the male gaze are connected to the patriarchy but also focus on the severe white supremacy and homophobia within society. Black women are given the added burden of the male gaze on top of the intense racism and misogynoir, a form of sexism that is unique to black women, they face. Society echos it through the racism that Black women face by being hypersexualized or hyper-masculinized in the media. Asian women also face an increased fetishization under the male gaze. They are portrayed as exotic, erotic entities that exist solely for male enjoyment. Once again, this fetishization is then translated into how society views Asian women. A different type of fetishization occurs with lesbians in the media. As long as a man can participate and have a voyeuristic view of a sapphic relationship, society can accept it. With this view, rampant homophobia exists against lesbians and other women loving women. These harms stem from the male gaze being that of a white, heterocentric, and patriarchal society.

A popular question that is presented is about the female gaze and whether or not it exists. The issue with the idea of a female gaze is that it does not hold the same value inside the media. Though there are comparisons between how a female director’s film demonstrates women and men, the male gaze possibly has more power because of the male superiority within society.

With the warped definition of the male gaze presented through social media, it is essential to understand the origin and proper usage of the term. While it has newly presented itself as a social feminist theory, its implications in the real world are still difficult to pinpoint. Therefore, it is important to look into the media one consumes, see if the male gaze is present, and analyze how that could change a person’s perspective on all women.