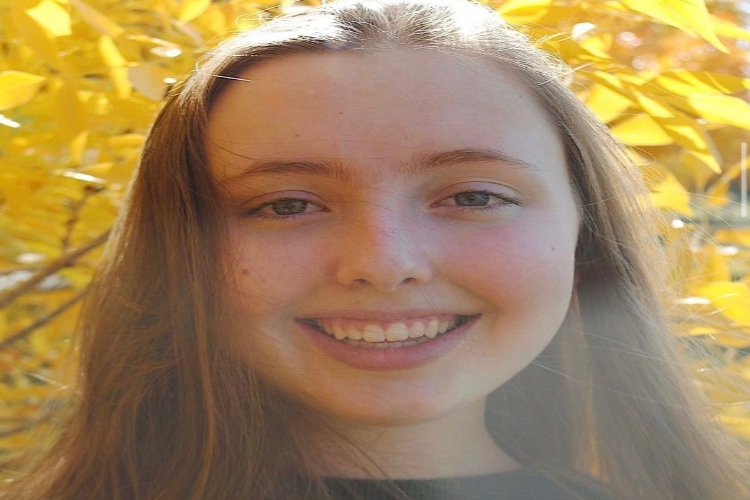 One of TJ’s most esteemed students, Ava Ward, has received the National Center for Women & Information Technology (NCWIT) Aspirations in Computing National award.

Anyone who knows senior Ava Ward knows that this award was well earned. Ward has been an honorable Spartan for the past four years and has always pushed herself to excel academically. The NCWIT has several different awards that allow new opportunities and recognition for women in STEM. The Aspirations in Computing National section chooses its award winners based on demonstrated interest and achievements in computing, proven leadership ability, academic performance, and plans for post‑secondary education; Ward easily checked all of these boxes.

Ava Ward is definitely one of the most renowned Spartans to ever walk the halls of TJ. In every class she has taken and every sport she has played, she always tried her best. When it came to the decision of who should earn this award, Ward was definitely the right decision. Ward discussed how honored she was when chosen for this award and gave a list of people she had to thank, “To Mr. Laman, for first introducing me to computer science in the Intro to CCT class, to Mr. Fornstrom, for teaching me about software engineering and for introducing me to NCWIT, to Ms. Adair, for helping to keep my creative juices flowing in journalism, and to Mr. Esparza, for encouraging me to participate in SkillsUSA.”

With the help of these people, Ward is able to advance to Brown University. Ward is thrilled to be able to be a woman in STEM and is grateful that this award gives her even more opportunities for her path and can hopefully inspire others, “One awesome activity that NCWIT incorporated into the award ceremony was giving winners the opportunity to have conversations with women in tech fields. I was able to meet women from Google, Bank of America, and other major corporations. Talking with these women really helped me gain some insight into what a successful career in STEM looks like, and the women’s advice on pursuing a career in technology was invaluable.”

Ward was so incredibly thankful to receive this award because it gave her the opportunity to meet fellow award recipients that she hopes will become lifelong friends. “The friendships I made with the other winners will always be a positive source of inspiration in my life. I believe that when I come upon hard times as I pursue my post-secondary education, I will be able to think about all of the ingenious people I met through NCWIT and realize that I can prevail if I only work hard enough.” Ward plans on using these friendships as inspiration for all of the hard work she will be putting into her secondary school career and her life path. The benefits from this award will have a lasting effect on Ward as she was appreciative of the financial part, but was more moved and was even more touched by meeting all the incredible women in STEM who have inspired her over the years. “I was particularly excited to be able to win the award alongside Gitanjali Rao, who was TIME Magazine’s first 2020 Kid of the Year. I have been a fan of Gitanjali ever since I learned about her invention of Tethys, a device that detects lead contamination in water, so it was extremely exciting to participate in the event with her.” Ward mentioned how at first she was baffled that she out of all people were chosen and how she could even be thought of next to these incredible women, but all of us in the TJ community knew she could do it.

Ava Ward is the epitome of a Spartan and will carry the life lessons into her near future. She mentioned that this award was something that she could not have accomplished without the help of the technology and education of TJ. Ward will be remembered at TJ for a lifetime and everyone she has touched with her grace and wisdom will never forget her name. The TJ family could not have imagined anyone more perfect for this award and the wonderful people at NCWIT could see that.