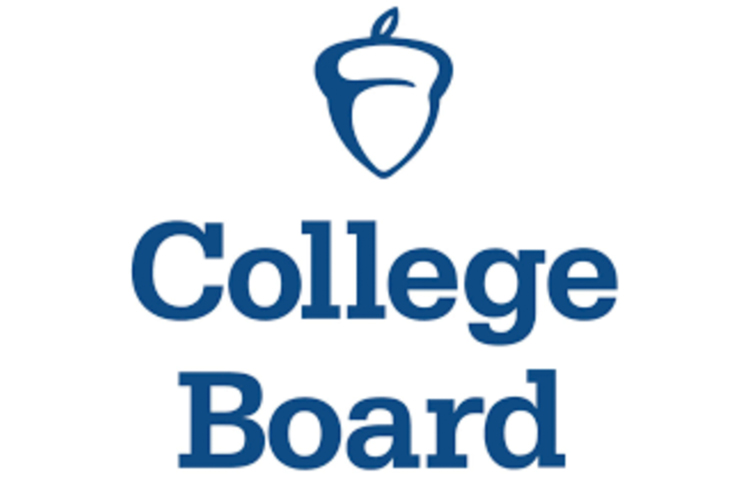 The logo of the Collegeboard, the organization that runs the AP program.  graphic courtesy of Collegeboard.org

After a year of hybrid learning, students have returned to the building for AP testing.

When in person learning came to a halt last March, the College Board had to act quickly to ensure that the 1.21 million students across the world that took AP exams in 2020 could have a chance to earn AP credit. They came up with an abbreviated 45 minute-long test that was entirely virtual and consisted of only free response questions. Conversely, the College Board announced that the AP tests that would be administered this year would be full length. However, there will be both in-person and online test dates available. With multiple test dates, the full length of AP testing will run much longer than past years, with the last official online test date being June 11th. It should be noted, however, that TJ will only be offering in-person testing with the last test date being May 17th.

It is no secret that online school has been lackluster for many students across the country and has left many with a bitter taste in their mouths about the upcoming tests for reasons such as disengagement, limited class schedules, and altered curriculums. These circumstances have led to some students completely giving up and unenrolling from their planned tests or others feeling the need to cram and self-study to fill in gaps from virtual schooling. These emotions have led to many criticizing the College Board for making testing this year full length. On top of this, many have also criticized the Board’s approach towards online testing, which includes not being able to go back to previous questions.

While AP testing is difficult for everyone, the testing will most likely have the biggest impact on people who have never taken an AP class before. Junior Elle Benson is a first time AP student this school year. Benson pointed out, “Online school has definitely affected my ability to pay attention in class. When it comes to AP classes, that can be really harmful for the tests.” She then continued by saying, “I think it will definitely be harder to take all of my AP exams in person and with the same guidelines as normal AP exams after spending the whole year online.” Sammy Post is a junior at TJ whose first AP exams were the modified testing from 2020. When comparing his two years in the AP program, Post stated, “When I completed my AP classes last year, I felt much more confident than I do now.” However, he is “optimistic about the multiple choice… I can practice multiple choice and have instant feedback, but it is hard to get the same with writing portions.”

While there will be challenges this year, AP testing serves as a motivator for many that is one of the sole factors in maintaining studies while in remote learning. Having a full exam gives people the opportunity to show competency in many parts of the course, rather than just one single set of questions or a single prompt response. The full length exams this year will give students who have yet to take a “normal” AP exam the experience needed to prepare themselves for both future AP courses and college classes.