Spirits: Real or Not Real? 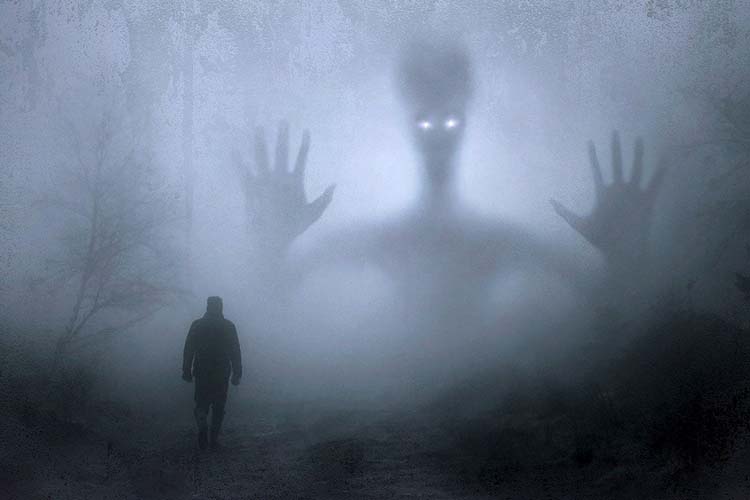 Do you believe in ghosts? photo courtesy of Pixabay

My personal experiences with spirits.

The topic of spirits is usually debated, and despite scientific evidence that the paranormal does really exist, forty-six percent of Americans believe that there is some truth to this, according to the New York Times, and according to USA Today, one in five Americans have seen a ghost. This paranormal activity can consist of blurry figures with no distinct features, actual human-like figures speaking, and simple movements or shadows. I was always one to believe in spirits, but it was not until six months ago, when I saw a ghost and felt a presence, that I was sure about it. From that point on I have been extra observant of my surroundings.

This past summer, I had a friend of mine, Rachel, at my house. She was barely at my house that day, but the next day, specifically the next night, I had a very strange experience. I woke up around 3:00 in the morning, opened my bedroom door because I felt compelled to, and saw a little girl with short, black hair running away from me. I called out my friend’s name, “Rachel,” many times, because she has short black hair and was at my house the previous day, so she was the first person that came to mind. However, I heard the little girl giggle, and that, along with the fact that it was the witching hour, was enough to scare me. After I called out her name, she disappeared and I went back to sleep. The next morning I woke up confused, but I let it go.

A couple months later, it was the one-year anniversary of my dog’s death. I was in my room putting my laundry away when I saw something out of the corner of my eye that looked like Copper, my old dog. I quickly turned around as I let out a gasp, only to realize it was just my blanket. I calmed down and reassured myself that I only thought it was Copper because it was the anniversary of his death, but suddenly a painting that I keep on my wall of Copper’s paws fell right off the wall. In the year that I had it up, it did not move once. I suddenly filled up with anxiety and started freaking out, because I know it was no coincidence that Copper’s painting fell on the day of his death, right after I thought I saw him. My dog’s spirit was in my room, letting me know he was with me.