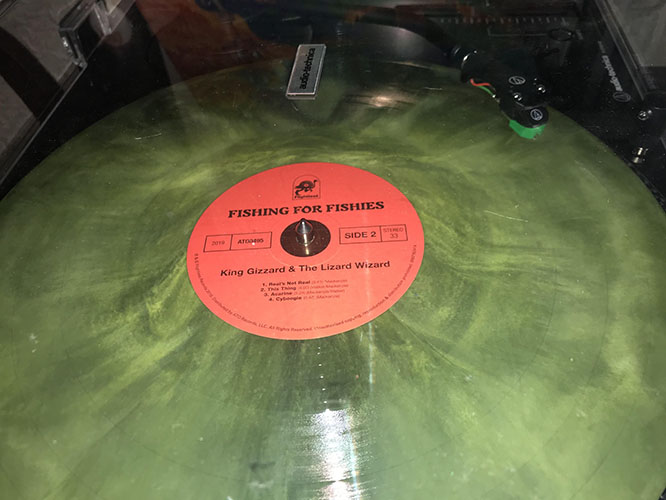 With rock music on the edge of extinction, some bands work to bring a new life to the rock scene.

In recent years, rock music has experienced a major decline as other genres such as pop, hip-hop, and rap top the charts. With the golden days of rock sinking into the past, many argue that rock is dead. It is not uncommon for genres to go out of style between generations. In the ‘70s disco took over the music scene, but now the genre is practically obsolete. Some people fear that rock may suffer the same fate. Despite rock gaining in popularity for multiple generations, it seemed to lack in adoration in the late 2000s as pop became the leading genre. Now, rap and hip-hop have taken over the music scene. Many people enjoy this type of music; however, there is still a population that has chosen to stand by rock music.

Although there is a definite decline in the amount of rock music that is streamed by the general public, rock has not gone completely out of style. While some may argue that the new generation of music has become tiresome and uninteresting, bands like King Gizzard and the Lizard Wizard continue to make waves with their progressive albums. King Gizzard and the Lizard Wizzard, which was formed in 2010, has branched out far beyond their hometown of Melbourne and is quickly becoming one of the most acclaimed rock groups of the decade.

King Gizzard is made up of seven members in total, including Stu Mackenzie, Ambrose Kenny Smith, Eric Moore, Joey Walker, Lucas Skinner, Michael Cavanagh, and Cook Craig. The group started off as friends who played music together for fun until a mutual friend asked them to play a show. Since then, the band has released 15 studio albums, with five dropped in 2017 alone. Each album offers something different and is experimental in its own way. Unlike most bands, King Gizzard does not stick to only one genre. Although most of their albums fall under the rock category, they also work in other genres including alternative, garage rock, psychedelic pop, and experimental rock. Each album has its own sound. The band also tries to incorporate different styles of music and different ways of developing music in each record. With the album Flying Microtonal Banana, the band experimented with using microtones throughout the record and even engineered their own guitar that was able to play these special tones. The 2016 record Nonagon Infinity is created to flow from one song to the other, making the entire album a loop. The band’s constant desire to create new and unique sounds demonstrates how there are still bands who are devoted to shaking up the rock scene by incorporating original ideas into the somewhat dying genre.

Of the band’s 15 albums, each is different in their own way. Some records, such as Paper Mache Dream Balloon, released in 2015, offers a slower and more melodic tune to King Gizzard’s discography. Other albums, including I’m in Your Mind Fuzz, present a fuzzy and disoriented sound that is seen through slower songs such as, “Her and I (Slow Jam 2)” as well as songs that express a typical rock vibe like, “Cellophane.” The band utilizes multiple instruments to create their unique sound and produce their one of a kind tracks. King Gizzard even uses their songs as a form of social commentary. Their 2019 album Fishing for Fishies, expresses views on environmental issues through neo-psych inspired songs such as “Plastic Boogie” and “Fishing for Fishies.”

With how prolific King Gizzard’s production is, there is no doubt that their increase in popularity will influence a new generation of rock. Hopefully, rock will not disappear from the music scene completely, but as long as bands continue to bring experimental changes to the genre, rock should continue to develop with the next generation.