Swing into the Season 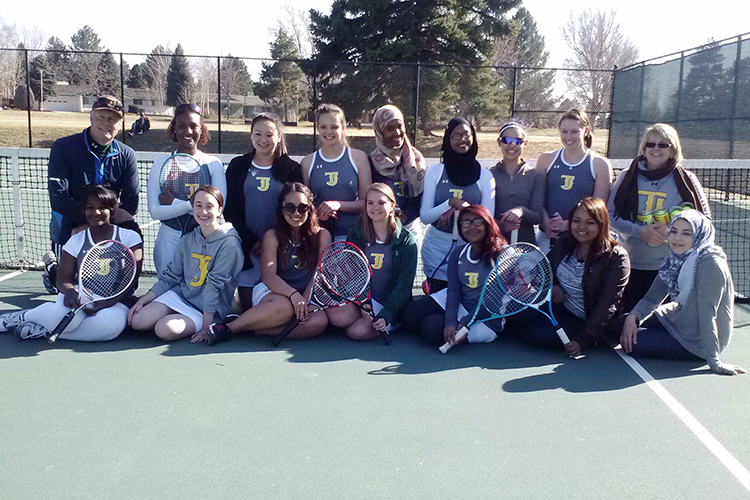 The girls’ tennis team gets back into the swing of things with the new 2016 season.

Spring sports have officially begun their seasons, and the girls’ tennis team is ready to rev up their competitive spirits. The team recently completed  tryouts, and both new and old members are excited to play this year. This season, head coach Jeff Zinke plans to create an environment for the girls that is fun and enjoyable, yet also educational. Zinke wants the girls to be as educated about tennis as they are enthusiastic about playing it. “It’s important to have fun and enjoy the sport while being knowledgeable about it,” explained Zinke. “The only way to create that environment is through lots of time spent in practices with fun activities during practice.”

In order to engage the girls, Zinke plans to have plenty of team bonding activities such as team dinners and hangouts. “We have a great turn up this year,” Zinke commented prior to tryouts. “Last year we only had eleven girls attending. Now, we have around thirty.” The large increase in girls who are interested in playing tennis has added a new family feeling to the team. Last year, the girls did many team building activities which made being part of the team much more fun and exciting. Activities like a ladder agility exercise, hitting crosscourt, and games such as mini tennis and the popcorn name game are planned for this season, as they had a positive impact on last year’s team. Zinke plans to have a fun and competitive season, especially against the higher ranked schools such as East and George Washington, and expects the girls to be ready to compete and triumph during the season.

Senior Jordyn Chappell, the captain of the team, said, “The season so far is going pretty well, everyone has a good attitude and seem to enjoy playing.” Captain Chappell has the same ideals as Zinke; she wants the girls to have fun and feel welcome to the team. For herself, she would like to go to state and overall play a better game. Sophomore Ema Leveque, who joined the team last season, said, “Last year it was really fun. I’m looking forward to spending time with some of the new girls.”

This year, 27 girls made the team, and they are excited to be representing TJ. Recently the girls participated in a match against Lincoln High School. “We crushed them with everyone winning each of their matches,” senior Anja Oss said. Their next meet is scheduled for Monday, April 4th against Englewood. This season is sure to be an eventful one for the team, so Spartans should come support girls’ tennis.