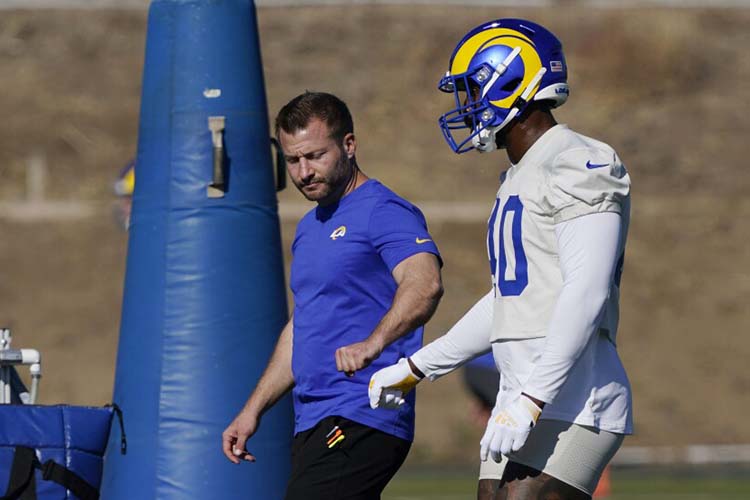 How will the Broncos and Rams be affected by this Blockbuster Trade?

On November 1, 2021, The Denver Broncos agreed to trade star outside linebacker Von Miller to the Los Angeles Rams on the NFL’s trade deadline. In exchange for coMiller, the Los Angeles Rams agreed to trade 2022 second and third round draft picks to the Broncos. Miller has been a large part of the Broncos organization since he started playing for them. He is the Super Bowl 50 MVP, an eight-time Pro Bowl selection, he has received first-team All-Pro honors three times and second-team All-Pro honors four times, he has the most career sacks of any currently-active player, and has the most career sacks in Denver Broncos history, at 110.5. Miller played a big part in the Broncos organization and has been the best player on their team since Peyton Manning left.

From this trade, the Broncos will have to pay $9 million of Miller’s remaining $9.7 million base salary for the nine games left in the regular season. The Rams are coming off a loss from the Titans where Miller didn’t play, but he will suit up next week at San Francisco. The Rams already have a great offense with Mathew Stafford and Cooper Cupp, but they also have a star studded defense with Jalen Ramsey and Aaron Donald, and now Von Miller is added to that. This is a set up for a pretty good team. However, the Broncos aren’t so bad as a team. They are coming off a huge blowout win against the Cowboys pushing over .500 for the first time in three weeks and they are building up some momentum with back to back wins. Losing four games straight is tough on a team, but there’s still plenty of time to make the playoffs. The Rams are now all in this year and currently have the 3rd best odds to win the Super Bowl. Their quarterback change this off season is looking like it is paying off and the emergence of wide receiver Cooper Kupp has been huge to the Rams success while being in the hardest division in football which not many teams could do, and now with the addition of Miller, their team should improve even more.

As for what the Broncos got in return for their star linebacker, they got a second and third round pick for 2022. It feels like the Broncos are now building for the future and looking into their upcoming seasons. With a strange division this year with all the problems the Raiders have and the fall of Patrick Mahomes and the Chiefs, the division is wide open for the first time in a couple of years, but the Broncos are starting their rebuild. With a great roster, it seems like all this team needs is a good quarterback which they might use with these picks.

So who really won this trade? Well, no one can really answer that yet, but both teams improved and have a brighter future ahead of them. Both teams got what they were looking for, but the loss of Von Miller might just be too much to say that this trade is “fair.”