The Controversy Behind The Heart 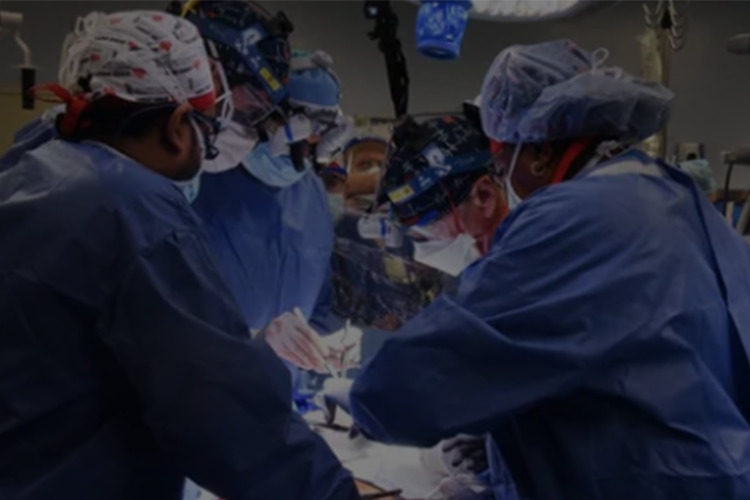 Surgeons finish completing the first surgery that has the probability of saving millions of people in the future. photo by Meredith Kohut

On January 14th, 2022, one of the most groundbreaking surgeries of the twenty-first century was performed, changing the face of human transplants forever. Using the organ of an animal instead of a human donor in the transplant procedure has been a long term goal for surgeons around the world; however, it was deemed impossible due to a lack of genetic similarities between animals and humans, until now. As a result of the new genetic modification technology available, doctors were able to genetically modify a pig heart in order to complete the first pig to human heart transplant. David Bennett Sr. was not only the patient who underwent one of the most important surgeries of the century, but his body also accepted the heart that came from the pig without any signs of rejection or septic shock.

People on transplant lists who are looking for donor organs understand how important this new procedure is for people with cardiac diseases. Over 50,000 people in the United States have been diagnosed with a life threatening disease, one that puts them on the heart transplant waiting list. Only about 5,000 of those people not only get a heart, but also the opportunity to live a longer, more sustainable life, says the National Institute of Health and Medicine. This demonstrates that the United States is suffering from critical organ shortages, causing the transplant process of a heart and other organs to be longer. Those assessed to be in critical conditions are prioritized, but “there is always going to be someone who is in [a] worse condition than [someone else], and this [procedure] brings us one step closer to solving the organ shortage crisis,” commented Dr. Bartley Griffith, the surgeon who performed the operation.

Although this surgery broke medical history, controversial opinions have arisen. The patient chosen to participate in this clinical trial seems to have a questionable past, one that was overlooked by the surgeons involved. According to the Washington Post, Bennett was sentenced to ten years in a federal penitentiary for stabbing Edward Shumaker seven times in the back in 1988, leaving Shumaker paralyzed. Shumaker died in 2007 at age 40 from a stroke due to complications from his paralysis. The transplant list refused Bennett as a potential recipient due to his time in prison and abnormal alcohol abuse. Not only was Bennett refused by the heart transplant list and other clinical trials, but he also did not meet the criteria of the list for this procedure, yet he somehow managed to get himself into this clinical trial.

“Even given a questionable background, it still requires someone to be willing to be a part of a trial such as this,” responded TJ biology teacher Scott Thomas of this criticism. Thomas believes that this surgery shows doctors that they “have the ability to transplant from one organism to another, which could potentially increase the amount of organs available to critical patients.” However, it is not an ideal scenario because a number of complications can occur since it serves as a bridge from one solution to another. Although the pig to human organ transplant was successful, previous research suggests that it will not be a permanent solution, in which Thomas agreed. The first attempt at this procedure called Xenotransplantation, the process of transplanting from one organism to another, was in 1964 and declared unsuccessful as the patient died within two hours of having an organ from a chimpanzee transplanted into their body.

According to the National Library of Medicine, another attempt was made in 1992 when a surgeon transplanted a baboon liver into a human; however, this patient died within 70 days of when the procedure took place. “Xenotransplantation is a very risky idea, most times the genetic makeup of one organism is so different from that of a human that it is very difficult to begin the process of genetic modifications to begin with,” Griffith said in his latest interview on the subject. According to the National Library of Medicine, this is a purely experimental process as doctors will not know if it is effective unless they try. However, Griffith believes that although “it is a corrosive process,” surgeons “don’t have a choice.” Many surgeons agree that although it is experimental, they have no other choice but to experiment. This is a surgery that could pull the United States of America out of an organ crisis because, to simply put it, too many people are dying since they can not get the organs they need because other people aren’t dying. Xenotransplantation has been in the works for decades, and it could be the future of medicine.

The end to the organ crisis can be seen with this specific procedure, proving that xenotransplantation is in fact affluent. Experimental surgeries like this could be one of the few things to save a majority of the human population. Griffith agrees, stating that “instead of 5,000 people getting an organ every year, it can turn into 10,000 because of this one proven procedure.” Welcome to the future of surgical medicine.

*Update: David Bennett Senior, recipient of the pig to human heart transplant passed away on March 9th, 2022 due to septic shock from rejecting the heart. Without his historic bravery, surgeons would never have been able to experiment with this procedure; now surgeons know the complications that are at risk. Bennett lived for over sixty days, which is the longest any human has survived this kind of procedure. Although this is a setback, surgeons are still trying to find a way to make this experiment work in a more long term fashion for future help with organ transplants.