The Cultural Side of Denver 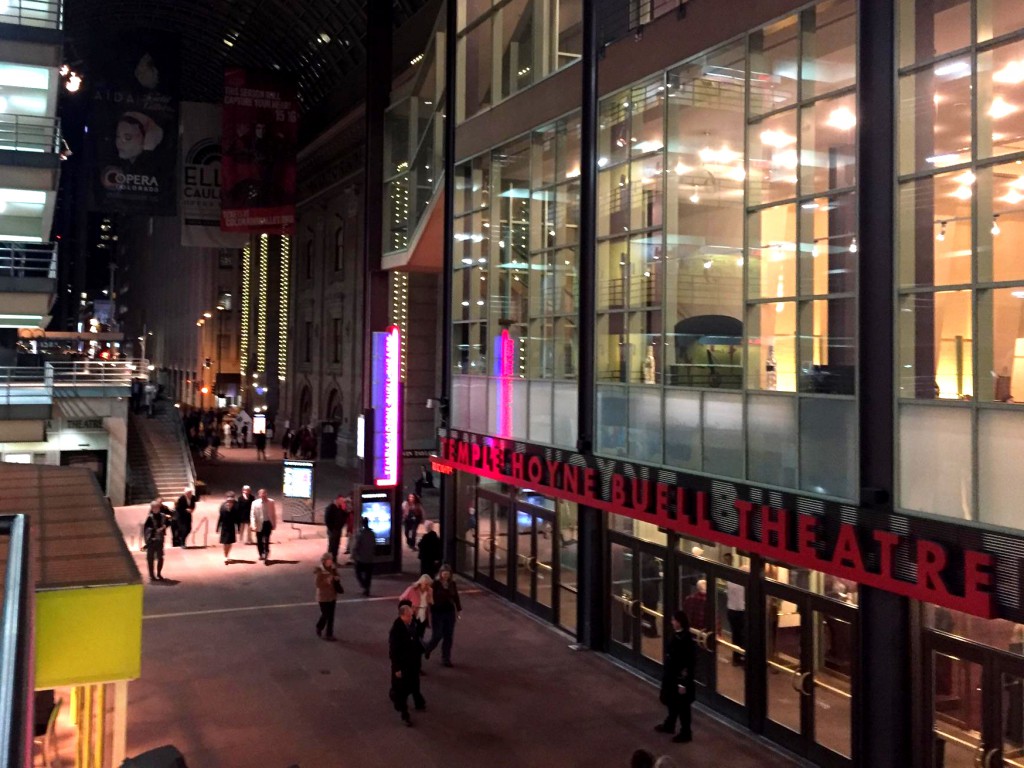 The Buell Theatre is one of Denver's many arts venues. photo by Sasha Mesropov

Upcoming events around the city this Spring are sure to grab the attention of many.

Often, students find themselves with much time and little to do on the weekends. Denver is always booming with different cultural events, from arts to festivals to sports. From long-awaited movies and awe-inspiring performances to attractions and exciting sporting events, students should know that there is plenty to do in the Mile High City.

Denver offers many family-friendly attractions to entertain. Each year, the Denver Zoo, Denver Art Museum, and Denver Botanic Gardens host free days. The Denver Zoo is located in City Park, housing species from all over the world including hoofed mammals, carnivorous mammals, primates, birds, reptiles, and fish; it contains 4,125 specimens representing 613 unique species. Junior Amber Mosley stated, “I love the zoo and getting to spend quality time with my family while enjoying the happy atmosphere, it’s just so much fun.” Unfortunately, the Zoo will not be having any more free days until November, but ticket prices and hours can be found on the zoo’s website.

The Denver Art Museum has a collection of American Indian art, and offers other collections of more than 68,000 diverse works from all centuries. Exhibitions coming to the museum are Robert Therrien and Samurai. The Robert Therrien exhibit will showcase familiar symbols and removes them from their expected contexts. The images then become abstract and floating forms in space. The Samurai exhibit opened March 6th which tells the iconic story of the Japanese samurai through 140 objects of the finest collections of samurai armor in the world. The museum is located in the Civic Center of Denver and offers free general admission on the first Saturday of every month.

The Denver Botanic Gardens at Chatfield near Chatfield State Park features natural meadows and riparian areas, as well as a historic farm and homestead. The formal garden is located on York Street in east-central Denver, and will host a free day on March 19th from 9:00 a.m.- 5:00 p.m. Junior Jovana Bjelanovic said, “I really like photography and the Botanic Gardens has good scenery to allow good photos to be taken in the gardens.” The many events coming soon are sure to attract the attention of Colorado’s residents.

Throughout Denver, there are many chances to catch a theater production. The famed Wizard of Oz came to Denver on February 7th through February 13th and performed at the Buell Theatre in the Denver Center for the Performing Arts (DCPA). Fiddler On the Roof is presented by the Prairie Playhouse on February 18th-27th, and ALICE (in Wonderland) will run from February 19th through the 28th, performed by the Colorado Ballet. From April 8th to May 15th, Sweeney Todd will grace DCPA. Finally, coming this summer, Disney’s Beauty and the Beast will open on June 7th at the Buell Theatre. Many more performances will amaze Denver citizens of all ages, which can be found on various websites of Denver’s performing arts companies.

For sports fans, the Colorado Avalanche will continue their regular season into early April at the Pepsi Center. The Pepsi Center is also home of the Denver Nuggets, whose season runs through the beginning of April. When the Avalanche and Nuggets finish their seasons, the Colorado Rockies return from spring training, and started their season on March 2nd. The home opener of the season is on April 8th; this is one of the biggest events downtown and many are sure to catch the game.

Every year The Colorado Renaissance Festival is held in Larkspur, Colorado, for nine weekends starting June 11th until August 7th. The Westword showcase that will take place on Saturday, June 25th, was created to feature more than one hundred Denver bands, as well as some national headliners such as Dillon Francis, Matt and Kim, and Cold War Kids. This year the festival will expand to include two main stages in addition to the many other venues in the Golden Triangle where the festival will be held.

For many, 2016 will be a noteworthy year for the film industry. Already, box office hits like Kung Fu Panda 3 and Pride and Prejudice and Zombies have been released, but dedicated moviegoers have much more to anticipate. Superhero fans can look forward to Deadpool, which just recently came out, Batman v Superman in March, Captain America: Civil War in May, and Suicide Squad in August. Meanwhile, Disney fans are in store for a year of fun, as long-awaited movies such as Finding Dory, The Jungle Book, and The Legend of Tarzan are also being released. These are only a small amount of the exciting films being released, and many more are sure to captivate audiences around the globe.

The many events around Denver provide interactive ways to be with friends and family while enjoying the beauty that is Colorado, and all that it has to offer. With nice weather and a good environment, people are sure to have a great time at the various events around town.