The Danger of Ageism 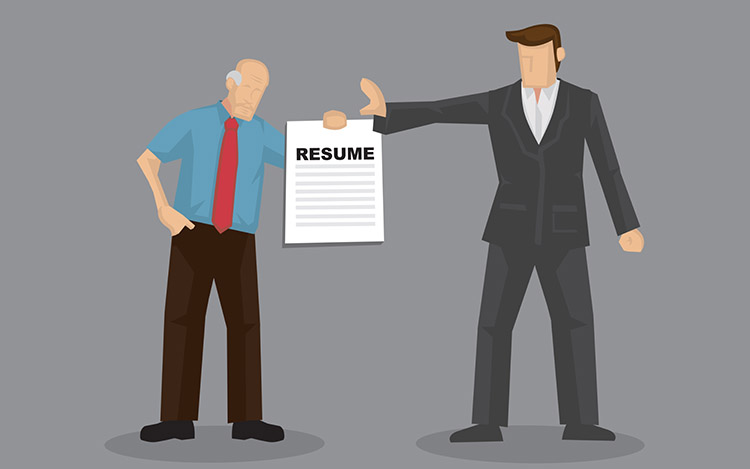 Ageism is a modern day plague which has been responsible for causing a divide between generations. graphic by AJ Domagala

Ageism is an alarming factor that could drive a feud between generations.

Ageism is the prejudice of one age group holding a grudge between another, usually from an older generation’s standpoint to a younger one’s. Though it can come from any generation to another, usually those being discriminated against are kids who wish to do better for the world, yet are shot down by their older peers, for they “don’t know enough.” This has caused kids to lose interest in fields they love, because of the disrespect that kids are given when they challenge someone older. But ageism goes past just common disrespect. Ageism can truly push people to show others that they were wrong, and that kids are just as powerful as they wish to be.

Every person has experienced ageism once in their life, even without noticing it. Even victims have most likely used it against someone, but didn’t think much of it.  Just by seeing someone who is much younger than you, and just thinking they’re annoying based on their age can be considered ageism. But at what point should that stop? Most young kids take the ageism discrimination and don’t care about it because they don’t know much better. However, if a young adult were to feel that same injustice, they would take it to heart and possibly have it deeply affect themself. After kids hit puberty, they begin to really think about themselves, and when they finally share their ideas, they could be met with the comment, “you’re just a kid.” Why is it that people don’t care about younger people’s opinions? Is it because they don’t think they have enough knowledge? Because in today’s day and age with technology, a kid could do an hour of research and know ten times more of a subject than their oppressor.

Technology gives kids the advantage to explore the new world with their fingertips, and it’s also something that kids have over the older generations’ heads. Kids know how to utilize this to their advantage, finally having an upper hand against older generations. But even with this dominance, older people still find a way to discriminate. Sometimes, it is just subtle gestures that can crush a spirit. A kids idea, turned down by laughter and denial from older generations, as if it was a joke.

Sometimes though, ageism doesn’t just stem from thinking a kid lacks knowledge. It comes from fear of younger generations using the previously stated skills and finally cherishing their advantage. Yet, when that happens, people commonly in the Baby Boomer generation take offense to that. Within a study from the Freechild Institute, “These fears drive much of society to segregate young people from adults, demonize youth in the media, and ostracize children from their elders.” With these fears, Baby Boomers reject the aid that Generation Z could possibly attribute, just because of their ego.

Through this struggle, kids still push through as much as they can to have their voices heard. Powerful voices have emerged because of social media, and some people are known worldwide for their efforts to aid the world. Despite backlash from elders, people like Greta Thunberg, a climate change activist fighting for a cleaner world even with the repercussions from many powerful voices trying to shoot her down, and Emma Gonzalez, a survivor of the Parkland shooting who is also a gun control advocate, fighting for stricter gun laws to prevent such catastrophes like Parkland occurring again. Though they try, older generations cannot silence younger ones. With access to technology, voices will finally be heard.