The Dawn of Ramadan 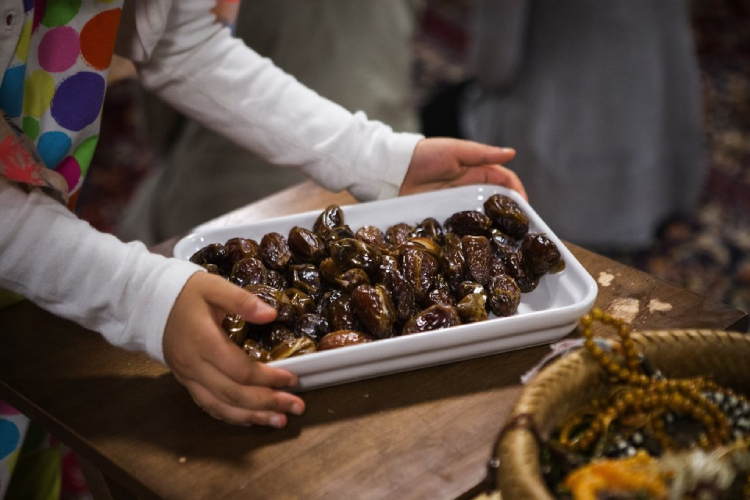 The month of Ramadan symbolizes a time for healing and growth for Muslims everywhere.

April 13th, 2021, marked the first day of Ramadan for 1.8 billion Muslims. Ramadan is a crucial and sacred time for Muslims because the Quran (the Islamic sacred book) was first revealed during this month, and it is an opportunity to seek repentance as well as become closer to Allah (S.W.T).

Around the world, Muslims wake up before the sun peeks above the horizon and the morning twilight graces the open skies to eat and rejuvenate the body, the mind, and the soul before they begin their fast. During the day, all Muslims are required to abstain from eating food or drinking water except for those who are sick, elderly, pregnant, breastfeeding, or menstruating. During this time, Muslims are encouraged to read or listen to recitations of the Quran, maintain good intentions, meditate, recite phrases in remembrance of Allah (S.W.T) as an act of worship known as Dhikr, and spend time reflecting on their relationship with Allah (S.W.T) and their Islamic journey. When the sun rests on the horizon, slowly disappearing and allowing the darkest part of twilight to begin, Muslims break their fast. It is traditional to break one’s fast with dates or water as the last messenger of Allah (S.W.T), Prophet Muhammed (PBUH), would break his fast with dates, and if they were not available, then with water because it is the most purifying substance. After Muslims break their fast and pray the obligatory prayer, many make their way to the Masjid for the recommended prayer, Tarawih. Tarawih translates to rest and relaxation; it is a spiritual experience in which Muslims line up to pray and reflect on the meaning of the Quran. When prayers are over, Muslims press the repeat button and begin the process again with the intention to do better than the day before in order to maximize the rewards of this month.

Muslims are people who come from all walks of life. Muslims include people from different races, cultures, ethnicities, nationalities, genders, and occupations all united under Islam. As a result, traditions may vary from household to household, and the choices people make to preserve those traditions influence their identity. During the month of Ramadan, it is customary for everyone in my family to break their fast together with a big feast. One plate of food that is always found on the dinner table contains sambusas and mandazi. Since I was young I would watch, in wonder as my mother folded the triangular pastries and prepared different fillings. I always admired my mother’s strength because she always prepared an entire feast after work for the family while fasting. As I grew older, it became four hands instead of two that prepared the sambusas and the other food. Another tradition my family upholds is attending Tarawih, whenever it is possible. At the end of Tarawih, I would always end up gazing at the night sky in awe as I contemplated life with my sister. These traditions strengthened my relationship with my family as they became a part of my identity.

I am thankful that I get to spend my Ramadan with my family. However, that is not the reality for millions of Uighur Muslims currently being detained in China’s detention centers as mothers are being separated from their children, women are being sterilized against their will, and many are undergoing physical, mental, and sexual torture. These detention camps were created with the goal to indoctrinate Uighur Muslims by forcing them to learn party propaganda and sing the Chinese national anthem, and any refusal or mistake made was met with inhumane punishment. China has also banned Uighur Muslims from fasting in an attempt to “move Uighurs away from their Muslim culture during Ramadan,” said Dilxat Rexit, a spokesman for the World Uyghur Congress. The communist government utilizes the education system to inform students that they are not allowed to fast, visit a Masjid, or partake in any religious activities. Government officials have also increased inspections during this time to ensure that no one is disobeying their orders. As Uighur Muslims are being persecuted and denied their inalienable human rights, the world watches in silence as events similar to that of the Holocaust are being repeated, once again leaving a dark stain on our history. So, as we celebrate this holy month, let us remember and advocate for those who are not in a position to do so for themselves because “injustice anywhere is a threat to justice everywhere” (Letter from Birmingham Jail, Martin Luther King Jr.).