The Electric Expansion Of Tesla 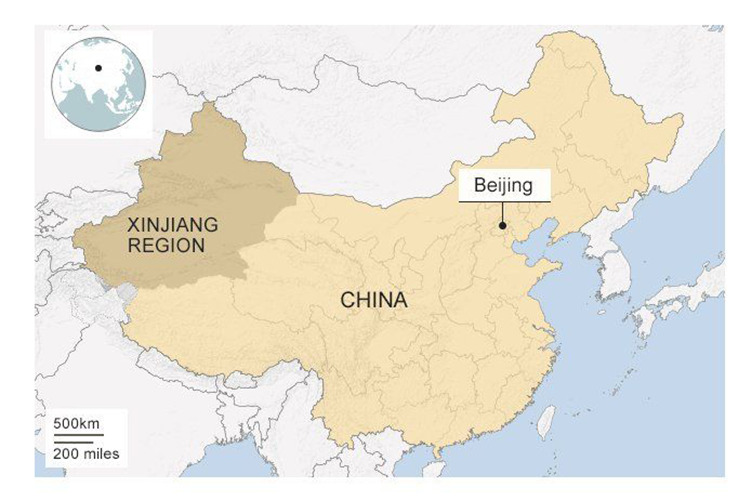 The Xinjiang region of China: where a billionaire builds a dealership, expanding his empire, and where the Chinese government commits genocide. photo by BBC

Tesla opened a new dealership in the Xinjiang region of China. This incited rage and criticism from the west as the region is home to the Uyghur Muslims who are facing extreme human rights violations at the hands of the Chinese government.

In the past few decades, a lot of Han (individuals from the Chinese ethnic majority) migrated into the region with what many would argue to be the intention of reducing the Uyghur population that resides there. Eventually, tensions grew between the Han and Uyghurs leading to many violent incidents. In response, the Chinese government placed Uyghurs under intense scrutiny, subjecting them to shootings, arrests, extensive jail sentences, checkpoints, police patrols, and mass surveillance. Then, the government built detention centers across Xinjiang, operating under the pretense that they were open for voluntary re-education purposes to counter Islamic extremism.

However, a collection of classified Chinese government documents from 2017, labeled by the International Consortium of Investigative Journalists (ICIJ) —a non-profit organization set out to reveal the truth and hold those in power responsible, while being honest, accurate, and just— as “The China Cables” revealed that the centers were in fact designed to “prevent escapes” and “encourage students to obey management, earnestly study, and truly transform.” It also stated that Mandarin would be “gradually used in daily life to communicate, to integrate ‘de-extremification’ into national language (Mandarin) teaching” as well as ensuring that “ideological contradictions” are solved in ways that “ensure that results are achieved.” The document containing these provisions—along with many others that outlined how the mass centers would be operated— was signed by Zhu Hailun, who was the Deputy Secretary of Xinjiang’s Communist Party, at the time, and the highest ranked official that was responsible for the security of the region. However, the Chinese government denies all allegations of violating the human rights of Uyghur Muslims and the existence of these camps despite the leaked and authenticated government documents that reveal the psychological torture Uyghurs have to endure as every aspect of their lives are controlled. Even though the Newlines Institute for Strategy and Policy published “The Uyghur Genocide: An Examination of China’s Breaches of the 1948 Genocide Convention,” revealing that “China is responsible for breaches of each provision of Article II of the Convention.” They came to this conclusion because of the government policies that are intent on erasing Uyghur identity and way of life, the forcible sterilization of Uyghur women and imprisonment of Uyghur men, and high-level officials giving out orders to “break their lineage, break their roots, break their connections, and break their origins” after President Xi Jinping launched a “People’s War on Terror” campaign in 2014, targeting areas with high concentrations of Uyghur populations. As a result, it came to no one’s surprise that politicians and human rights groups around the world spoke out against the opening of a Tesla dealership in the same region where human rights are being violated.

On a Chinese social media platform called Weibo, Tesla posted a photo of the ribbon-cutting ceremony at the dealership in Urumqi, the capital of Xinjiang, with the caption, “Together let’s start the journey of pure electricity in Xinjiang.” Urumqi is one of the largest cities in China, thus it’s routine for automobile companies to open dealerships there; however, Tesla is the only foreign automobile company that completely owns its operation in China as companies usually partner with local companies through joint ventures to protect local businesses in the same industry. Although many in China expressed their appreciation and support for the dealership, there are many in the west who disagree with this opening. Senator Marco Rubio, Republican of Florida, expressed the shared opinion that “Nationless corporations are helping the Chinese Communist Party cover up genocide and slave labor in the region.” Although the White House has not commented on Tesla’s decision, President Biden recently signed into law a bill that would ban the import of a variety of products made in Xinjiang unless the company could provide proof that the products weren’t made using slave labor. However, is this measure enough to stop the genocide of Uyghurs? And, with China being the biggest market for Tesla cars, how will Tesla respond to this criticism?