The Era of Instant Gratification 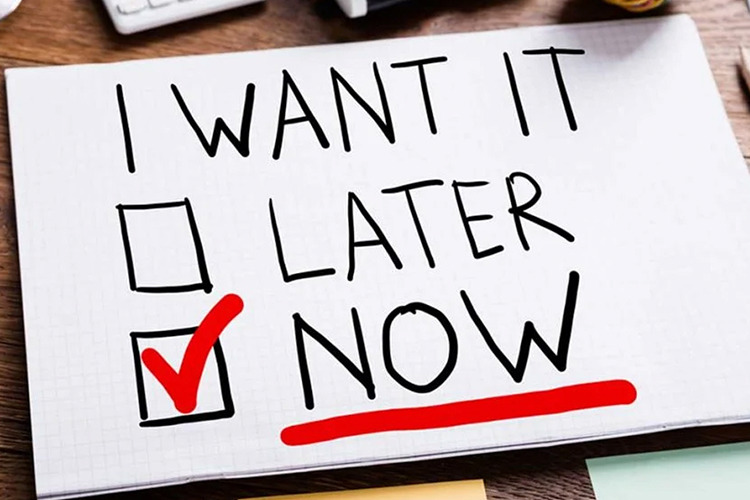 Instant gratification in its simplest form. photo by Vizaca

Instant gratification and society’s need for it is changing the way people think and act.

The other day I was in the car and decided to put on some of the music my parents might have listened to when they were younger. I asked my dad for song recommendations, and he gave me the names of his favorites. I played the songs, and for a while, they were really good, until the chorus would repeat for the fourth time and I was suddenly over it. I would skip the rest of the song, moving on to the next one, and around the three minute mark, I would get bored again and skip it.

After three or four songs in which the same thing happened over and over again, I realized that all of the songs were around five minutes long. Now, five minutes might not seem like a long time to listen to one song, but listening to one for that long felt almost uncomfortable and definitely boring.

So why is that?

The average song length has dropped by twenty seconds in the last five years and songs are approximately 1 minute and 13 seconds shorter than they were around 20 years ago. Hit songs are typically shorter as well, and longer songs have a much less likely chance of becoming hits. Many experts believe that this trend could be attributed to society’s yearning for instant gratification and a lack of attention span necessary to listen to songs longer than three or so minutes. In 2015, for instance, Microsoft did a study on the average length of a human attention span. The average human attention span in 2015 was merely 8 seconds. Goldfish- goldfish– have an attention span of 9 seconds.

If human attention span continues to get shorter and shorter, what happens? Does it mean that society as a whole is getting dumber? Scientists have actually found a decline in IQ over the last few decades, which could simply be a result of the fact that IQ is tested in different ways now than it was in the past. However, one has to wonder if the fact that listening to songs longer than three minutes has become boring shows a decrease in intelligence in society as a whole. If that happens to be the case, the human race has stopped evolving and has started to devolve. Oh, and by the way, I kept this article short for a reason.