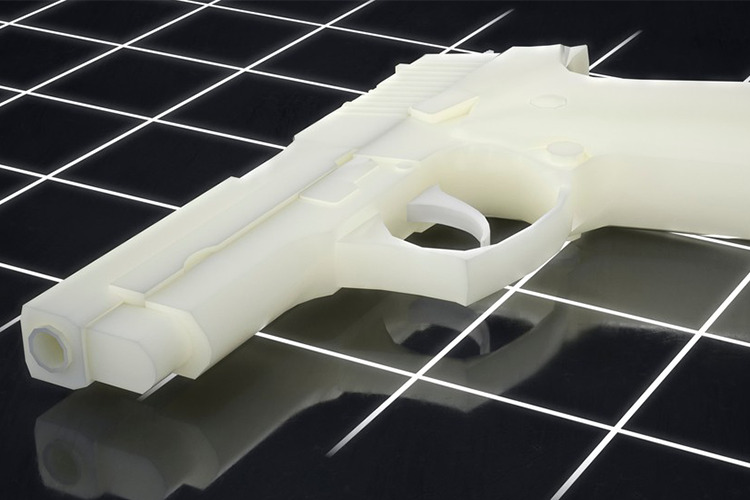 3D printed weapons are just one of the ways ghost guns are produced. photo by Heir Loeffler

Ghost guns are becoming an increasingly common problem across the nation.

Throughout the United States, police stations are noticing an influx of firearms lacking serial numbers. The Gun Control Act of 1968 prohibits gun manufacturers from producing such firearms. However, these weapons are not produced by licensed manufacturers. Instead, they are purchased through third-party websites and are assembled at the buyer’s home. Likewise, blueprints that allow buyers to create weapons with the help of a 3D printer have been found online. The legal gray area of privately-made firearms has been an increasing issue in the United States due to the loopholes that allow these weapons to remain legal.

The main appeal of ghost guns is the lack of traceability. Without a serial number, police departments are unable to track the original buyer of the firearm. In addition to this issue, accessibility of these weapons is increasing rapidly thanks to the internet. A simple Google search of “ghost guns” results in multiple websites offering kits that allow buyers to assemble these firearms at home. The most common types of kits are called “80% kits.” This means that the buyer receives a firearm that is 80% assembled, leaving the buyer to create the parts required to complete the rest of the weapon. Due to the firearms being delivered unassembled, ghost guns can evade the same classification that regulated firearms receive from the Bureau of Alcohol, Tobacco, Firearms, and Explosives (BATFE).

Due to the BATFE (ATF) not classifying these weapons the same as serialized firearms, “privately-made firearms” are legal in the United States as long as they are made with the intent for personal use. However, this personal use has continued to become more malicious. On January 21st, 2022, a Magruder High School student brought a privately-made firearm onto the school’s campus. He shot and critically injured one student with a firearm that he made with the help of the partial kits sold online. Unfortunately, this is not the only instance of school shootings carried out with the help of privately-made firearms. At Caesar Chavez High School in Arizona early last December, a student wounded another with the help of a ghost gun. In November of 2019, a Saugus High School student killed two students and injured three others with a ghost gun. These tragedies have become more frequent and have further brought to light the issue of privately-made firearms and the lack of legislation preventing the use of these weapons in mass shootings.

Recently, cities and states have moved to regulate ghost guns. On January 4th, 2022, Denver’s Mayor Michael Hancock signed into law a bill banning all unserialized firearms. Denver City Attorney Kristin Bronson stated, “Cities across America are seeing a dramatic increase in the number of crimes involving ghost guns, and Denver is not immune…while the Biden Administration moves forward with new ATF regulations at the federal level, it is imperative that we close this loophole at the local level.” The new legislation includes a $999 fine and up to thirty days in jail if one is caught in possession of or using unserialized firearms. States such as New York and Maryland have also introduced legislation that serves to define and regulate privately-made firearms. In terms of federal legislation, the “Ghost Guns are Guns Act” was introduced to the House of Representatives early last year. This act would define and implement regulations on privately-made firearms and was written by Rep. Brad Schneider (IL)  and Rep. ​​Adriano Espaillat (NY). The act is one of many pieces of legislation involving privately-made firearms to be brought to the federal government in the past year.

Although increasingly prevalent, the future of ghost gun regulations is promising. With more cities and states introducing local legislation aimed at banning or heavily restricting the use of privately-made firearms, there is hope that federal legislation will pass through the Senate, ending the reign of these deadly weapons for good.