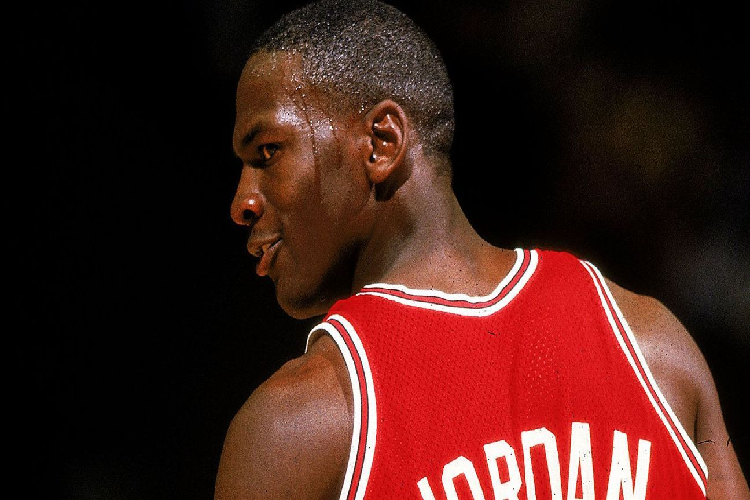 The contributions that Michael Jordan made to the world of sports continue to influence the world of athletes today. photo courtesy of ESPN

The release of a docuseries following the 1997/98 Chicago Bulls basketball team sparked many awe-inspired conversations regarding Michael Jordan and his legacy.

For those who were unable to witness Michael Jordan play basketball in their time, he was classified as yet another sports legend —until recently. Last April marked the release of the first episode in a docuseries following the 1997/98 Chicago Bulls basketball team. The footage captures the greatness that is Michael Jordan, leaving his legacy undisputed. To mere observers, Jordan’s position in the game of basketball, sports, and everyday life is simply astonishing: to be held in such high regard not only nationally, but worldwide is a testament to his personality. The docuseries follows a season under distress in which the sports dynasty of the Chicago Bulls sought to win its sixth NBA championship with Michael Jordan at the helm; Jordan was supported by fellow players Scottie Pippen and Dennis Rodman and coach Phil Jackson.

A documentary filled with interviews of the most recognizable names in recent history, the film brings an element of life outside of sports to speak on the effect Jordan’s greatness has on the public. Roy Williams, current coach of the University of North Carolina Tar Heels basketball team and assistant coach when Jordan played for the university, characterized Jordan’s basketball abilities by stating, “Michael Jordan is the only player that could ever turn it on and off, and he never freakin’ turned it off.” Other familiar names that were part of this documentary include former President Barack Obama, former President Bill Clinton, Justin Timberlake, and Spike Lee.
The docuseries follows the “Jordan” precedent as far as greatness is concerned, where details about many players and their life stories led them to the position they were in, displayed in an intricate and perfect arrangement. The docuseries is one filled with emotions spanning from happiness in success to pain in loss; from grueling competitiveness to an undying love for a game, city, and person. There is so much to take in: the startup of the Jordan shoe, college experiences, team relationships, nicknames, the making of the movie “Space Jam,” and the creation of friends and foes. Seeming to appear as fiction, Jordan and the Chicago Bulls appear to be superhuman; their effect spans from Paris, France in the International Exhibition Tournament to Utah, where Jordan completed his thrilling final chapter.

Make no mistake, by the end of the first episode, Jordan’s competitiveness can be unanimously agreed upon. The episodes depict a man fueled by a sport where Jordan explicitly states in the documentary, “My mentality was to go out and win, at any cost.” Jordan’s obsession with being the best did not stop at the game of basketball, as this fire extended in golf, card games, and business; not to mention, he also picked up professional baseball for a short time. In fact, the docuseries tells the story of Jordan covering up the Reebok logo of his USA tracksuit with the American flag after winning at the Olympics because Reebok was a competitor to his business partners. Moreover, the documentary depicts the tales of Jordan’s teammates, stories in which Jordan takes his place as the driving force in the success of not only himself, but his team. However, these stories are not always profoundly complementary to the charismatic aspect of Jordan’s personality. In response to questioning indicating Jordan was not a nice guy to his teammates, Jordan stated, “Winning has a price. And leadership has a price. So I pulled people along when they didn’t want to be pulled. I challenged people when they [didn’t] want to be challenged.” Jordan went on to state, “When people see this [documentary], they’re gonna say, ‘well, he wasn’t really a nice guy. He may have been a tyrant.’ Well, that’s you, because you never won anything. I wanted to win, but I wanted them to win and be a part of that as well. I don’t have to do this. I’m only doing it because it is who I am. That’s how I played the game. That was my mentality. If you don’t want to play that way, don’t play that way.” It cannot be helped but to appreciate the sincerity of Jordan’s emotions. It became quite clear as the series progressed as to how Jordan emerged as the superstar he is known as today because he allowed the innate personality within himself to be abundantly clear to the people around him, which, as a result, led to the betterment of the people in his company.

With the conclusion to the series, the audience completes an incredible tale in history about a legendary player that led a legendary team to success that continues to be talked about years later. What can a viewer take away from this unique documentation? Well, it can be reasoned that greatness withstands the test of time, and it can be interpreted that a true leader is someone who not only excels themselves but takes everyone with them. However, at the end of the day, it all boils down to bearing witness to a man who connected a world through sports and whose effect withstands the grueling test of time.