The Myth of Black Excellence 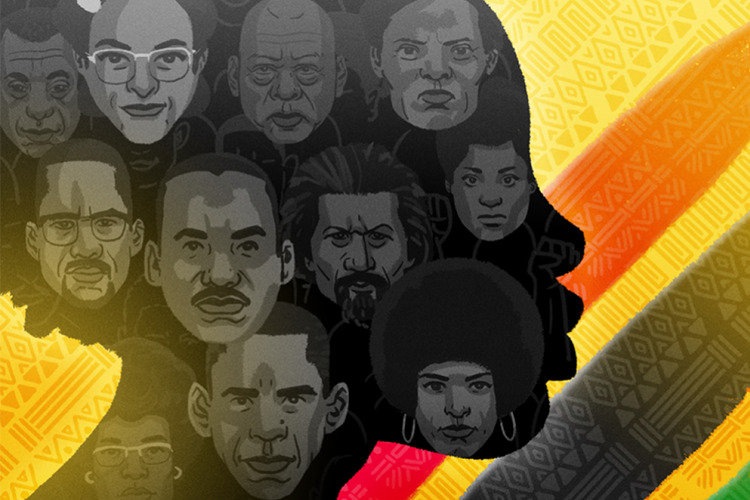 Depicted in the image are historical figures that advocated for African-American and black rights across the United States. photo by Bob Al-Greene

How have different perceptions of black excellence affected the black community?

The phrase “black excellence” appears to the masses as a simple form of praise. “Black excellence” has been seen on T-Shirts, Instagram posts, and heard in casual conversations to celebrate black people. Yet, is there a possibility that this seemingly simple compliment carries more than it seems?

Similar to most areas relating to black people in America, there is more to be understood. For starters, the term “black excellence” doesn’t have a concrete origin, but for many people in the black community, “black excellence” is seen as an expression of resilience. Overall, for black people, it primarily symbolizes pride in one’s community for overcoming oppression that is unavoidable as a person of color (POC) in the United States. The main places that systematic oppression is challenged and celebrated are in education spaces.

Many black students find a similar experience to Laila Hilton, a Junior at Thomas Jefferson High School. As she “grew up going to predominantly white schools… I found that in my attempts to fit in with people who were nothing like me, I would diminish myself…It’s like you have confidence issues straight out of the womb, and it’s awful.” Hilton gave an example of going from elementary school to middle school and automatically being placed in a lower-level math class than her white counterparts even though they demonstrated the same academic level. While these events might seem small, racism isn’t usually experienced as one large traumatic event. Commonly, racism is experienced through thousands of assumptions based on racially biased ideas. Racism experienced in numerous ways impacts black students. Signithia Fordham reasons that “black students may run afoul of educators by using their culturally sanctioned speech patterns or interactional styles, or by working cooperatively on projects when asked to be competitive.” Fordham is an Anthropologist who studies how race impacts academic success. Here she explains how assimilation into an integrated but white-dominant education system leads black students to reject more aspects of  “acting white such [as] school-sanctioned behaviors [like] using standard English, spending time in the library, writing poetry, or working hard to get good grades.” For many black students, the choice is between academic success or feeling like they are a part of the black community. Fordham explains that students who want to be academically successful “pragmatically distance themselves from their fictive kinship, and instead seek to develop a sense of ‘racelessness.’ But that can lead them to be stigmatized by peers and to feel an erosion of self-confidence and a loss of their sense of belonging.”

Hilton is academically and athletically rigorous but describes that she still faces the effects of racism. “Whether it be comparing myself or feeling lesser than, even if I know that’s not true. The way that you choose to face it and handle it makes or breaks you.” By breaking through both the stigmas of racism and the mental roadblocks that are in the way, black students can excel despite the odds against them. That is why race is accounted for when talking about people’s accomplishments. Yet, it can be expected that the same black students who are congratulated are criticized by people who don’t understand the steady hindrances of being black. However, there are ways that institutions have attempted to counteract these known roadblocks for students of color in various forms of affirmative action. Affirmative action can look like scholarships based on race or encouraging policies in colleges to diversify their populations.

There seem to be two different ways to analyze “black excellence.” First, there is the concept of black excellence as a form of pride within the black community directed towards other black people for overcoming known systematic oppression. The other way is the idea of black excellence as a limiting factor for the black community; the idea that a black person achieving success is a rarity. People outside of the black community tend to focus on the perceived advantages of being black and ignore the reasoning behind the additional support. Overall, the vision of black excellence can acknowledge the resilience of black students against systemic racism. But misleading views of black excellence can diminish the perceptions of black people’s capabilities by labeling black successes as rarities. Criticism of black people being more likely to get into college on race alone doesn’t consider a number of variables. The ability to get into college relies heavily on middle school and high school learning opportunities and experiences. Historically there have been many roadblocks to equal education for black people, as seen through historically segregated education. When black excellence isn’t acknowledged against a backdrop of racial resilience, people may view POC as simply meeting societal expectations. So in other words, for non-POC, black achievement isn’t worthy of recognition and lowers their expectations of the black community.

Black excellence is able to congratulate an individual in the black community. Still, it’s also possible that alienating the success of one individual makes the event seem as if this individual’s success is an exception to a wider rule applied to all black people.