The New Breed of Spartan Wrestling 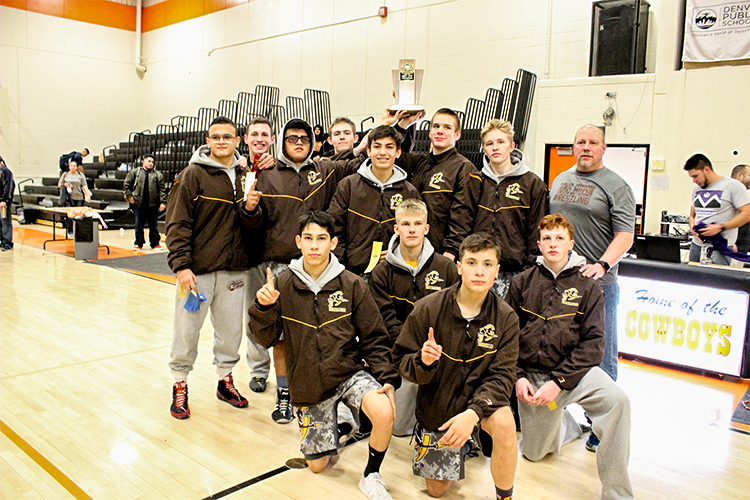 Spartan Wrestlers work hard to improve in the new season.

This season wasn’t just any other season for the TJ wrestling team. They were prepared to take on the 2017-2018 season, which began in November, by going above and beyond and practicing year round. Their success kicked off at the League tournament where 11 wrestlers competed and placed, earning the title of League Champions. This was the first Spartan League Champion title in five years. Once the regular season ended, juniors Bobby Macias, Sam Cole, Ahmed Khattab and Thomas Garnica, and freshman Isaias Estrada proceeded to the Regional tournament. Out of the five participants competing in the Regional tournament, Macias, Estrada, and Garnica qualified for State.

The 2018 Colorado High School State wrestling tournament took place at the Pepsi Center between February 15th and February 17th, where hundreds of people gathered to watch 224 wrestlers compete in 14 different weight classes. Estrada was one of the 224 wrestlers that earned a spot in the 2018 State Wrestling Playoffs. “During the semi-finals match I looked up to see everyone looking at me, it was incredible,” explained Estrada. Estrada will continue to work in hopes of competing next year in the 2019 State Wrestling Playoffs.

Returning TJ wrestling coach, Mike Laurita, was proud to say,  “All three wrestlers won at least one match at State, with two wrestlers earning state medals.” Laurita went on to say, “Each wrestler went into the Pepsi Center wanting to win and did an exceptional job representing TJ.”  There is no question that the Thomas Jefferson wrestling team proved they were the new breed of Spartan wrestlers this past season.