The Remake Takes the Throne 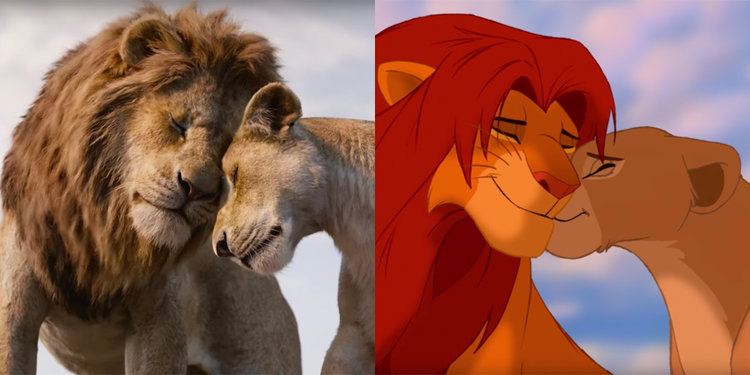 Despite many thoughts of critics, The Lion King Remake is Spectacular and Barely surpasses the Original

In early December of 2018, my uncontrollable anticipation for the Lion King Remake began, and exponentially grew until over six months later when opening day arrived.  I had been awaiting this moment with more excitement than a child has on Christmas Day. I attended the movie with four friends—all Lion King enthusiasts as well—so naturally our group arrived an hour early and claimed the best seats in the theatre. As the lights dimmed my excitement soared, praying the movie would live up to the hype created by us nostalgic fans.

Upon finishing the movie I began to ponder which rendition of the story I enjoyed more.  I loved both films, so when deciding which one was superior, I decided to go about it in a different way.  Here are several components of each film and which Lion King took the throne for each section.

Simba: Tie
Whether it was Matthew Broderick or Donald Glover portraying the charismatic Disney Protagonist, Simba in either movie was nearly perfect.  Both are acclaimed actors and singers in their fields and have incredible talent, making it too hard to choose between these two.

Scar: The Original Lion King
Scar in both films is arguably the most infectious character, as the audience loves to hate the menacing lion.  Jeremy Irons’ voice in the original had this sinister smoothness to it that the general public seemed to love. When I first heard Chiwetel Ejiofor as Scar in the 2019 version, I was taken aback; his coarse, raspy voice didn’t seem to fit the role.  As the movie progressed Ejiofor’s voice only grew on me and I ended up loving the unorthodox portrayal of Scar. Despite this, Irons’ original voice is too powerful and mysterious to not have the original take this one.

Timon and Pumba: The 2019 Lion King
This comedic pair of misfits brings so much life to both films.  Whether they are singing tunes with their adopted child, Simba, or inserting snarky remarks in the final battle scene, the duo is sure to make the audience chuckle.  When I first learned Seth Rogan would play Pumba in the remake, I was overjoyed because there is no one better for the part. Billy Eichner (Timon) has a raised, squeaky voice that simply belongs behind the body of a tiny meerkat.  The two comedic actors played their roles perfectly and had automatic screen chemistry in which they fed off each others carefree energy.

The Visuals: The 2019 Lion King
Hands down the remake takes this one.  The photorealism was so well done, each scene seemed to be the most beautiful nature documentary ever filmed.  From the thunderous detail during the Wildebeest stampede to the petrifying killer grin expressed by the bloodthirsty hyenas, the visuals blew me away.

“Be Prepared”: the Original Lion King
The song was almost left out of the remake, and to be honest I wouldn’t have been mad if it wasn’t included.  The sinister anthem from the first film had such an amazing villain feel to it. Scar’s character not only wants to rule the Pride Lands, but wants to do it in the most braggadocious way possible, and “Be Prepared” was the perfect way to encompass that.  In the remake, lines were cut out and the song tried to be more menacing which ended up forming the song into more of a battle cry than a villainous anthem. The remake did many things well but this was not one of them.

“Hakuna Matata”: The 2019 Lion King
This was my absolute favorite scene in the remake.  The infectious humor of Timon and Pumba was amazing in this scene.  The added lines to the song from the original gave it an unpredictable spark which only made it that much better.  The scene occurs right after Mufasa passes and Simba flees the Pride Lands, and seeing Pumba and Timon back on the big screen again brought much-needed life to the film.

“Can You Feel the Love Tonight”: The Original Lion King
This is easily the most iconic scene in the Lion King franchise and arguably most iconic in the Disney franchise. Choosing which rendition of the film I enjoy the most was possibly the hardest choice I’ve ever had to make in my lifetime.  The remake offered vocals from Beyonce, who is nothing short of a goddess, and Donald Glover, who can sing his heart out. Despite this, my decision didn’t come down to vocals, but more of the overall feel and inspiration of the scene.  For this, the original takes the edge over the remake. The original possessed this magical feeling as Simba and Nala reunite and we see what was merely two kids with a crush develop into a full-fledged romance.

Overall Movie: The 2019 Remake
Call me crazy, call me a maniac, I don’t care.  Don’t get me wrong the original is spectacular and was my favorite movie for an extensive amount of time, but the remake is unlike anything on earth.  The remake not only includes all parts from the first, but much more as the run time is nearly 30 minutes longer. The way in which the remake addresses some of the lines from the original and adds to them is such a genius way of adding irony and a fresh look to the new film.  Another thing that sold me on this film was the visuals. I wasn’t sure about how live-action would turn out with singing animals, but I ended up loving the way it was done. The sunsets and landscapes that were portrayed in the remake as well were breathtaking. All in all, the 2019 remake upheld the legacy of the Lion King and furthered it extensively.  I’m just going to leave this here for the people; The Lion King remake is my favorite movie of all time.