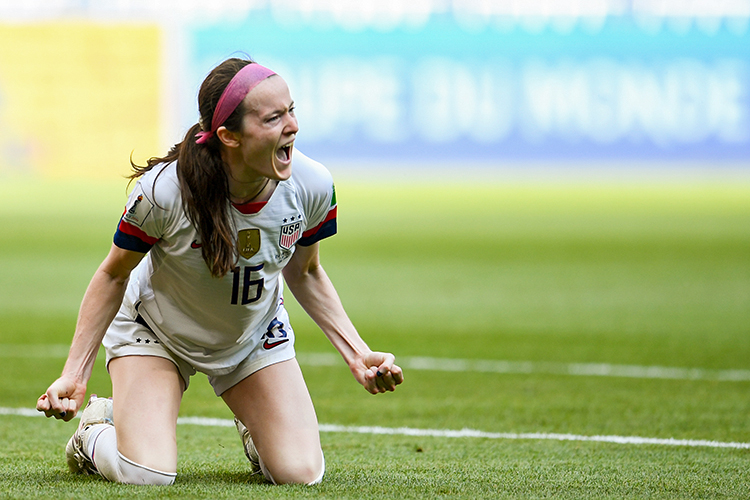 Rose Lavelle celebrates after scoring the second and final goal in the World Cup Final. photo courtesy of isisports.com

The United States Women’s National Team made history once again this summer in Russia, after winning their second World Cup in a row.

On July 7th, 2019, the United States National Team (USWNT) earned its fourth World Cup title against the Netherlands with a score of 2-0. Although some may say the game was not interesting or all that exciting, there were highlights from both teams that made up for the sometimes uneventful moments throughout the 90 minutes of soccer.

The USWNT not only made history in the series final, but they were also unique with their impressive statistics in the games prior. In their first game against Thailand, the team ended the game with a final score of 13-0, earning the title of most goals scored during one game in World Cup history, above Germany with an 11-0 win vs Argentina in 2007. The women were also undefeated leading into the final, and were first in their bracket throughout the tournament. The total goal count was 26, making the U.S. team the highest scoring team in World Cup history. Not only did the women make history in terms of goal scoring, but they were also the second team to defend their title, following Germany’s win in 03 and 07.

This World Cup was also the third time in which the U.S. has never trailed behind another team in the tournament, the other two years being in 1991 and 2015. This also caused the U.S. to be unbeaten in their last 17 matches, with 13 wins and three ties. The USWNT now has an all-time record of 40-4-6, with 138 goals in 50 games, making the 40 wins and 138 goals in 50 games history as well. As far as individual player accomplishments go, Megan Rapinoe received the Golden Ball (the best player, or MVP) and the Golden Boot (most goals), with six goals and three assists awarded to her. Alex Morgan was awarded the Silver Boot with six goals and three assists as well. Rapinoe is the second woman ever to start in three World Cup appearances, along with Birgit Prinz from Germany. Rose Lavelle was presented with the Bronze ball as the third best player in the tournament, and scored the second and final goal of the game final (her reaction is shown in the title photo). The U.S. had nine different goal-scorers throughout the tournament, whereas the only other teams with such diversity were Germany in 2003 with ten scoring players, and the 1999 U.S. team, also with ten scoring players.

Although the games leading up to the World Cup final were riveting, the first half of the game final was very uneventful. There were zero shots in the first 20 minutes, which was very misleading for fans due to the high anticipation of the game, and there were no goals scored in the first half. The U.S. attacked early on with powerhouses Megan Rapinoe, Alex Morgan, and Tobin Heath, but the shots remained minimal in the first half. Set pieces created shots on goal in the second half, adding to the pressure on Netherlands goalie Sari van Veenendaal. Veenendaal made as many saves in the opening 45 minutes than in all previous matches. She won the Golden Glove with her impressive saves, including saving a volley from Julie Ertz, a header from Samantha Mewis, and some lower corner shots from Alex Morgan.

In the second half, Ali Kreiger sent a long ball over the Netherlands’ defense, and Stefanie van der Gragt misread the ball’s direction and ended up kicking Morgan, causing a penalty kick. Rapinoe was the designated free kicker, and scored the first goal of the game from the penalty kick in the 61st minute. After that, Mewis gave a short sideways pass near midfield, in which Lavelle drove straight up the field towards the goal. She then drifted to the right to move her defender and create space for a low, left-footed shot in bottom right corner, marking the second and final goal of the game. In the last few minutes of the game, the Netherlands received a couple of surges in the offense, but they did not excite U.S.’ goalie Alyssa Naeher much. The defense cleared off most strikes made from the Netherlands.

The U.S. Women’s National Team continue to shock the world with their talents. The soccer team is very diverse, including veterans like Carli Lloyd and Christen Press who provide assurance to the team, while also having young powerhouses like Mallory Pugh and Rose Lavelle who help anchor the team. Soccer is a brilliant sport that takes endurance, patience, and loads of skill, and the USWNT never fail to go above and beyond the limits of what is expected of them. They have been and will most likely continue to be a large force to be reckoned with. 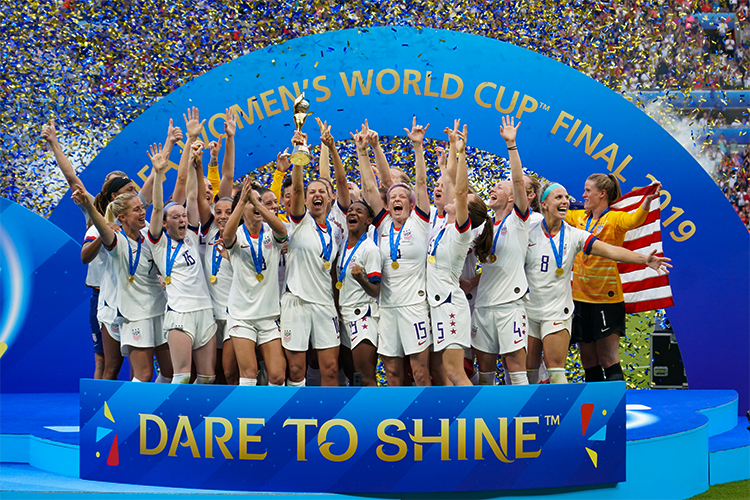