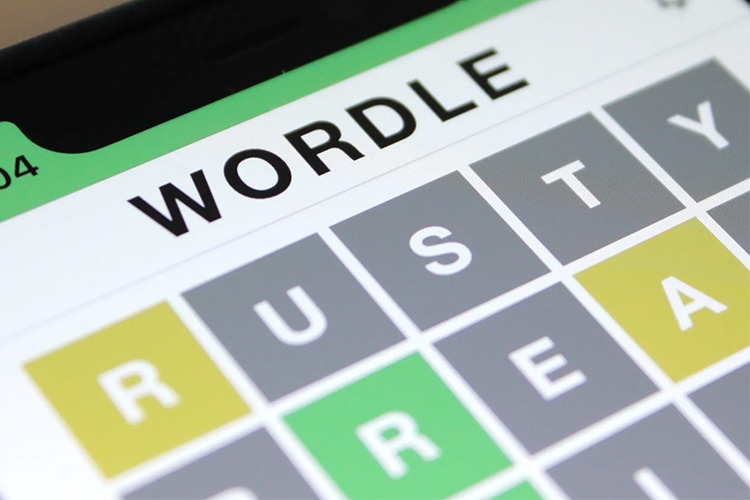 For those who haven’t figured it out by now, Wordle is a daily word game that can be played online and only once a day, and proved to be the most popular word game in 2022 with 300,000 players reported at the beginning of January. It’s now believed that over two million users are playing Wordle globally. The beauty of it is that anyone can play as there are no age restrictions and it’s accessible anywhere with internet connection. The game also allows players to share their result without spoilers, which has inspired fierce competition. Several celebrities have publicly shared that they’re a fan of the word game. Pointless host Richard Osman, Countdown‘s Susie Dent and BBC Breakfast presenter Dan Walker have all praised the game on social media, often sharing their results. Even U.S. talk show host Jimmy Fallon is a fan, playing along live during a recording of The Tonight Show.

Every day there is a new word to guess and players get six chances to figure it out. Players select letters of the alphabet and enter them into the five blank tiles. When they’re happy with their five letter word guess, they press the submit button which checks the word and informs whether the word or some of the letters are correct. A gray letter means it isn’t part of the word, a yellow letter signals it is in the word but in the wrong position, and a green letter means it’s in the word and in the right place. If it’s completely right the full five letters turn green, and the game is won for the day. If one wins two days in a row or more, they receive a winning streak. This keeps rolling over unless they fail to guess the word one day, and the streak is broken.

Wordle was created by Josh Wardle, a former employee at social news website Reddit. The software engineer first came up with the game in 2013, creating a prototype for his friends to play, but when they didn’t take to it, he retired it. Josh revisited the game during the pandemic, and after proving popular and fun with family members, he decided to introduce it publicly. “Last year, my partner and I got really into crosswords and word games and I wanted a game for us to play each morning as part of our routine,” he told BBC’s Today programme. Wardle, who studied in London before moving to the United States to complete a master’s degree in 2008, has been astonished by the global response. “Since launching Wordle, I’ve been in awe of the response from everyone that has played,” he tweeted. “The game has gotten bigger than I ever imagined.” He added that it’s been “incredible” to watch the game bring so much joy. Though Josh invented the game, he no longer owns Wordle. The New York Times bought the rights to the game for more than one million dollars in early 2022. Despite the hefty price, they kept the game free to play for new and existing players, and no changes were made to its gameplay.

Due to Wordle’s popularity, many offshoot games were developed out of inspiration. One admired game is Quordle. Quordle is based on the concept of Wordle, and the same principles apply – each letter changes green if it’s in the right place or yellow if it’s included in the word but not in the right place, and gray if it is not included in the word at all. However, there is a twist – instead of guessing one five-letter word, players have to guess four words simultaneously. Players have nine tries to solve all four five-letter words, and each guess appears in all four fields. Wordle players that are seeking a jump of difficulty, should definitely consider giving Quordle a go.

As a player of Wordle, I absolutely love being able to look forward to a new word every day and start my day off with a puzzle. My entire family plays the game, bringing daily excitement and entertainment into our household. This brain-stimulating game continues to accumulate players every day and is popular among all ages due to its easy gameplay, appeal to a wide audience, and ease of sharing and comparing of scores on social media.