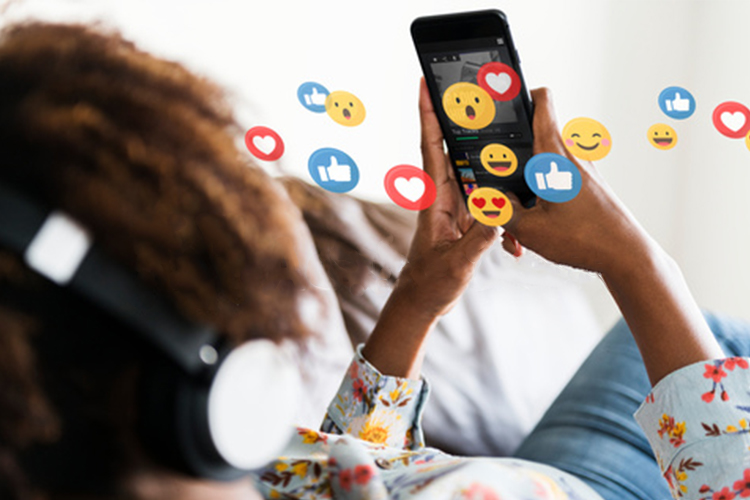 Gen Z is known for their connection to social media and technology. photo courtesy of Adobe Stock

Generation Z is more than a label applied to a certain age group.

Generation Z, commonly referred to as zoomers, is the next generation that succeeds Millennials and currently precedes Generation Alpha. Everyone acknowledges Gen Z to be the rebels and the outgoing generation that is willing to strive for change, or in some cases, do some very inappropriate tasks for enjoyment or entertainment purposes.

What some people fail to realize or recognize about this generation is the age range and how to identify whether or not one is a part of it. What are all the generations, and why do Americans use them so much in today’s society? In today’s day and age, the term Gen Z is used to separate out a certain age group. Generation Z is anyone born after the year 1996 and before the year 2012. Other generations include Millennials (born between 1981-1996), Generation X (born between 1965-1980), Baby Boomers (born between 1946-1964), and the Silent Generation (born between 1921-1945). Though it is not always common to talk about how a demographic would be identified in each generation, most people today refer to Generation Z as being the one to make a difference, especially as of right now.

Observing over the internet, I came across a lot of use of the term Gen Z when it was used for posts seeking change. This initially opened my eyes on the matter, and I set out on my journey to see what the world really thought of Gen Z. During my research, I interviewed some people and asked some questions that were associated with the idea of making change.

Senior Zainab Belfageoua commented, “Changes I think Gen Z can make happen is just allowing everyone to feel comfortable in their own skin and allowing everyone to freely express themselves in any form.” TJ alumna Nyna Jackson seemed to view things similarly. “Gen Z is such a passionate generation when it comes to social change and the issues [that] plague our country. They have proven that they are capable of making changes such as how the election went and coming up with reasonable solutions to end racism in this country. It will definitely take a while for these changes to go into effect, but Gen Z will be the generation that will strive for better.”

Gen Z is very capable and reliable in this day and age. When asked about Generation Z’s maturity level, Jackson’s response was genuine: “I believe that Gen Z is a very smart generation because we know how to do our research and we don’t just listen to what people are saying just to run along with it. We engage in in-depth research to not only educate ourselves but also spread that knowledge to others dealing with the same thing.” Belfageoua had the same opinion: “I’d say Gen-Z is a rather smart generation. That is due to the fact we know what we’re doing and we know what path we want to take to lead us into the future.” Gen Z can also be considered incompetant, a reputation that likely derives from the less-than-smart antics the generation is fond of posting on social media. As an example, when it comes to some challenges and trends that surface from social media, zoomers do not always leave a good impression. From the ‘skull-breaker challenge,’ where teens try to kick another individual’s legs out from under them, to the ‘penny challenge,’ where TikTokers poke a penny into an electrical outlet, zoomers have repeatedly published videos of their foolish and sometimes dangerous exploits on social media. Though the comedic relief can sometimes be enjoyable, it is not appropriate and makes it look as if the generation is childish and cannot be relied on for more important issues at hand.

Belfageoua concluded, “A way I believe Gen Z can be impactful is through the means of movements. Like for example, the BLM movement from past to present has continued to gather support and allies to spread awareness. Peaceful gatherings for protests have also come into effect as well. Other Generations may have protested and caused some changes at the time; with access to various media sources, our voices can be heard.” Alluding to Jackson’s response, Belfageoua explained, “I personally believe that Gen Z is a far more impactful generation than its past successors. We tend to think both with our mind and heart and we’re willing to speak up about situations that are wrong. Past generations are so stuck in their own time with their own plagued issues that today’s problems don’t spark their attention as one might think.”

The two have a similar way of thinking about how past generations and even the newest generation never look at the bigger picture for how things are supposed to be taken care of and instead they focus on their own previous issues. Perhaps Generation Z is the eye of the storm, and this time, instead of causing destruction, it will bring more prosperity and change to this broken world we live in today.