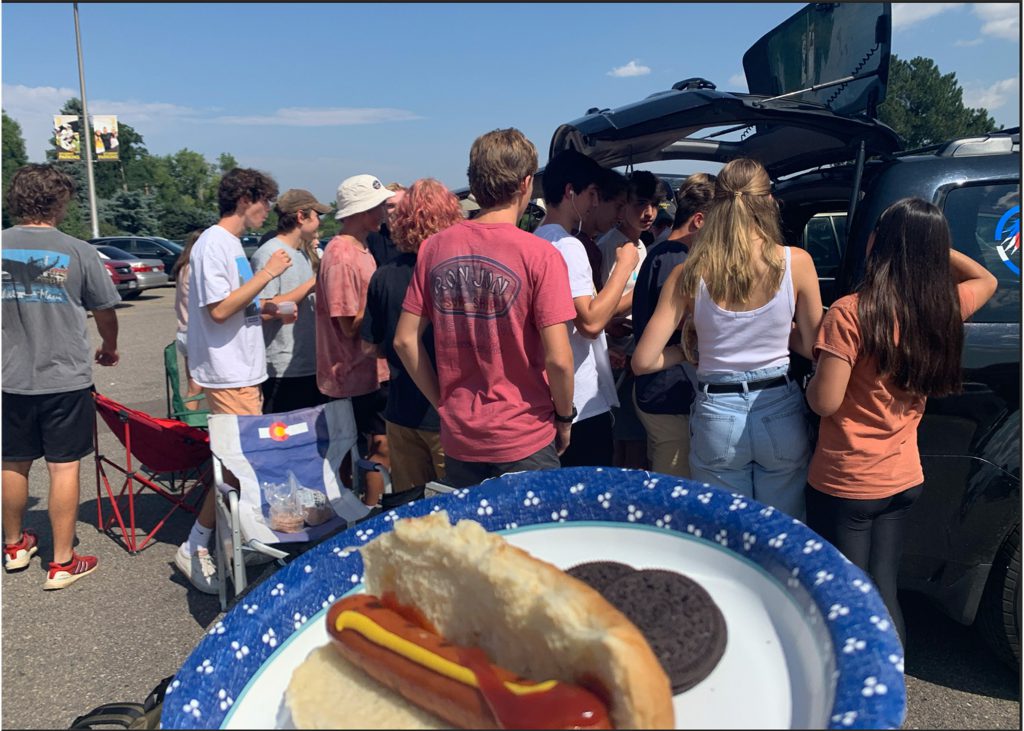 Thomas Jefferson Juniors made a food truck, built a community, and broke a window.

Many Spartans always have something positive to say about the Thomas Jefferson community. Such Spartans include the junior boys at Thomas Jefferson High School who never lack creativity. Coming back for their first full year of high school, juniors Keegan French, Zach Zabel, and Alastair McLain put their creativity to the test. In doing so, they created a moment of genuinely spontaneous community building. With a simple idea, these juniors started an organic means of connection through the one place everyone can empathize: the stomach.

Due to COVID-19, some students preferred to eat outside of the school as a safety precaution. As a result, small teams of juniors began eating in the trunks of their cars while chatting with friends who would often stand to avoid sitting on the ground. French decided to bring a camping chair inspired by tailgates’ set up before sporting events to sit down and enjoy his lunch while his friends sat in the trunk of their cars. Thus, in the spirit of camping chairs and food, the idea of the Thomas Jefferson Tailgate was born.

According to French, the idea for the cookout started simple. “We all just kind of thought about doing it… we just sat outside with our chairs at lunch, so we thought why don’t we just make ourselves burgers,” and so the beginning stages of the tailgate were set in motion. First, by networking with friends, they managed to buy 80 dollars worth of burgers, bratwursts, and hot dogs, along with an assortment of desserts, condiments, and sodas. Next, they set up for this last-minute meal with a propane grill in the trunk of French’s car and five camping chairs for guests to sit and relax while they waited for their food.

To add to the tailgate-esque setup, McLain brought a propane grill to prepare the burgers in the back of French’s car. The design was truly inventive, considering the possibility of fire hazards, which were minimized by opening the car windows for ventilation and putting plastic underneath the grill. While lunch was being prepared in the back of the car, three people took orders and made the plates. Another person’s car offered all of the fixings: tomatoes, lettuce, ketchup, mustard, and other condiments. Initially, everyone in attendance had been directly invited to the event and pitched in five dollars to offset the cost of food. By the end of the lunch period, Zabel had actually made a profit from the unexpected participation as the event gained attention from people walking by smelling the mouth-watering food. The idea to have a few friends come and eat turned into a community event with students from all grade levels stopping by the car to chat, eat, and throw footballs and frisbees.

This heartwarming story does not come without complications that have come to be expected from fun-loving Spartans. In the middle of the tailgate, administration could see smoke coming from the car and went to check on the anomaly. Assistant Principal Andrew Skari was surprised to see a community event instead of a car on fire. Skari was worried about the safety of a propane grill in the back of a vehicle. To address this concern, French showed the safety measures put in place to ensure the safety of the students as well as the vehicles. Momentarily panic aside, Skari lingered to talk with students about the odd situation and even got a burger while chatting with students. 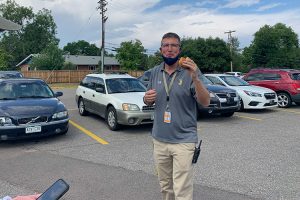 Within minutes, a football that tailgaters had been recklessly throwing around crashed into the car window of junior Memphis Spencer. Spencer was not at the event when the football hit her car. The conflict was easily resolved though because the very next day Spencer had been planning on getting a new car. But all’s well that ends well. The tailgate may have been a bit chaotic. Most likely this is a once-in-a-lifetime experience given safety and other concerns. Hopefully, the creative Spartans can continue to find fun and new ways to build community and perhaps start a new tradition.