Tim Cooks Up Another iPhone 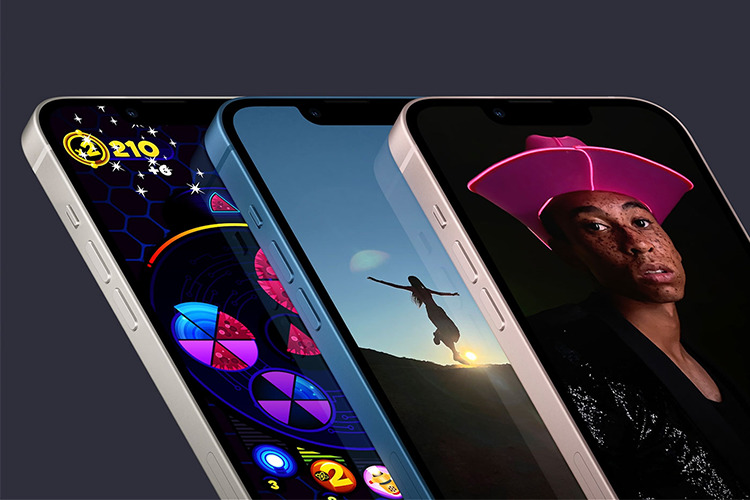 The iPhone 13 Pro has many additional features then previous Apple products. photo courtesy of Getty Images.

The iPhone 13 Pro inspires many different reviews from Apple users.

One of the most well-known brands to ever exist, Apple, just released their newest and most improved product on September 24th, 2021: the iPhone 13 Pro. This model pushes the boundaries of what is possible in a smartphone as it contains the most advanced pro camera system ever in an iPhone, a Super Retina XDR display with ProMotion, a massive increase in battery life, the fastest chip in a smartphone, an advanced 5G experience, and so much more. The New York Times also highlights that “The newest iPhone is just 10 percent faster than last year’s models. Its flashiest new feature, a higher screen ‘refresh rate’ on the $1,000-plus models, makes motion look smoother when opening apps and scrolling through text — hardly a game changer. This is Apple’s most incremental upgrade ever.” However, the reviews on this new product vary as some claim the size, weight, and price tag is too much for them and not worth it, while others claim it is one of the best purchases they have ever made.

Kate Levinson, a former student at Thomas Jefferson High School, purchased the iPhone 13 Pro three days after its release date. Before purchasing the iPhone 13 Pro, Levinson had the iPhone 11. She claims, “Maybe I’m just used to my old phone, but the 13 Pro is way heavier. I don’t like the weight or how bulky it is [because] it’s hard to travel with.” The iPhone 13 Pro is 5.78 inches by 2.82 inches and weighs 7.19 ounces. In comparison, Levinson’s old phone weighs 6.84 ounces, and she doesn’t enjoy the significant increase in weight. Additionally, in the United States, Apple offers the 13 Pro for a price starting at $999, which is a remarkable amount of money for a phone compared to what many are used to paying for. Although Levinson doesn’t pay for her phone, she explains that the price is “more than I ever imagined I would spend on a phone. I understand all Apple products are fairly expensive, but I’m not yet comfortable enough with this phone to say it is worth the price.”

On the other hand, other reviews claim the iPhone 13 pro is one of the most powerful and best phones to ever be created. Ally Herbonson, a student at Chatfield high school, says that she has never enjoyed a phone more. Herbonson states, “I am very passionate about photography, and this phone has an incredible camera system. I’ve taken countless photos with this phone, and they have turned out to be some of the best photos I’ve ever taken.” The iPhone 13 Pro camera system has become advanced with the new Ultra Wide, Wide, and Telephoto cameras that capture impressive photos and videos. There has also been improved low-light performance as this model now includes night mode on all of its cameras. These technologies have enabled new and grand photo capabilities that were not possible before. Herbonson also claims that her phone has “a very long-lasting battery life.” Apple says that its battery life can last up to 28 hours for video playback, up to 25 hours for streaming video, and up to 95 hours for audio playback. As a result, Herbonson recommends the iPhone 13 Pro to those who prioritize long battery life when purchasing a smartphone, along with excellent camera quality.

In today’s world a very large percent of individuals highly rely on smartphones throughout their everyday lives. People want a powerful and well built device that helps them access information and communicate quickly. Apple’s new invention provokes various reviews among many different individuals, and depending on personal opinions and concerns, some buyers claim the phone is worth its price tag, while others disagree.