‘Twas the Nightmare Before Christmas 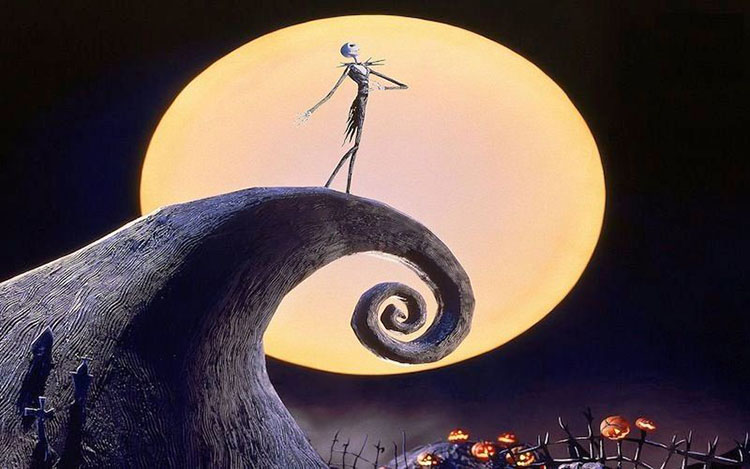 The Nightmare Before Christmas first hit the silver screen in 1993 instantly becoming one of Tim Burton’s most recognized films. hoto courtesy of consequenceofsound.net

It’s time to settle the dispute revolving around the classic Tim Burton film: The Nightmare Before Christmas.

Christmas is a time of family gatherings, tradition, and yearly rituals to celebrate the season of peace and giving. In my family’s case, our customs include cozying up to a fire with a classic Christmas movie playing such as Rudolph, Elf, Home Alone, It’s a Wonderful Life, Die Hard, and The Nightmare Before Christmas. Those last two might’ve raised some brows. The Bruce Willis film is undoubtedly a staple of the holiday season, but the Tim Burton classic leaves much to be discussed. The film has split audiences on what holiday it promotes. Many fans are adamant that the movie is for the Halloween season, even treating the main character Jack Skellington as a figure for the holiday itself. Despite the movie’s dark and spooky visuals, its plot and major themes support that this Halloween classic is actually a Christmas film.

For those who haven’t seen The Nightmare Before Christmas recently, here’s a recap: Jack Skellington was the Pumpkin King of Halloween Town where the holiday is celebrated year-round by its citizens. However, Jack grew to be tired of the monotony of his life and he yearned for a change of pace. Eventually, he wandered into the forest and found a grove of trees, one of which included a painted Christmas tree. When he stepped inside, Jack was transported to Christmas Town. There, he marveled at what he saw, bringing back the news to the other citizens of Halloween Town. He rallied the town in common cause to make Christmas their own, with Jack filling the role of Santa Claus. He sent a troop of trick or treaters to kidnap St. Nick and imprisoned him with the nefarious Oogie Boogie. On Christmas Eve, Jack delivered presents to children in place of Santa. Instead of toys, he distributed hideous and evil contraptions made by the citizens of Halloween Town. The military attacked Jack, shot him down and ended his reign over Christmas. Jack lamented about his failure to run the holiday, but he realized how much fun he had while scaring the children. He remembered his love for his own spooky season. The Pumpkin King then saved Santa from the ghastly Oogie Boogie and the two reconciled. Claus fixed Christmas and came back to bring the holiday to a content Jack Skellington.

First, we must clarify what qualifies as a “Christmas movie.” Plenty of films feature the holiday but otherwise have little to nothing to do with it. Having the holiday appear in the movie does not inherently make it a Christmas movie. Christmas has to be integral to the plot to the point where the film could not function without it. The meaning of Christmas, whether it be the religious aspect, the general lessons of giving, love, or spreading joy to others, has to be featured in the story and potentially be one of the major themes. The movie’s release date is not a factor. People assume that if a movie comes out around the holiday itself, it must be a Christmas movie. However, that leaves out one of the most prominent Christmas movies of all time: Miracle on 34th Street (June 1947). Clearly, the release date does not play a factor in the movie’s genre. The final factor to distinguish a Christmas movie is what audience the film is targeting. Some genres can be fluid in who their products target. Fantasy films such as Lord of the Rings are made for a wide range of ages, while Game of Thrones is most certainly for adults. Christmas is a holiday meant to be celebrated by families, and a true Christmas movie should be able to be appreciated by all audiences. So, the three factors used to determine if a film falls into the Christmas genre are: if the holiday is integral to the plot of the movie, if Christmas-related themes are clear, and if the film is family-friendly.

It’s time to dissect the story. Both Halloween and Christmas are integral parts of the movie; it couldn’t function without either one. Tim Burton originally created the story as a poem titled The Nightmare Before Christmas. The poem begins almost as a summary for the movie it eventually became. However, once Jack takes off in his sleigh, it quickly transitions to a parody of Twas the Night Before Christmas. It’s not a parody in a mocking nature, rather just poking fun and creating a comedic story by shoving two holidays together that couldn’t be more different. In this regard, both holidays are major factors in the story. The movie just wouldn’t be the same if Jack Skellington dressed up as the Easter Bunny or a leprechaun. The fact that Halloween and Christmas are so different from one another makes the film what it is, meaning that Christmas is too integral to the story to leave out.

The movie ends with Jack becoming content with his place in Halloween Town and even getting a glimpse of true Christmas once Santa returns. The journey that Jack goes on is quite similar to one that another Christmas figure goes through: George Bailey from It’s a Wonderful Life. In that film, a depressed man on the brink of suicide sees an alternate world where he was never born. He realizes how much good he’s done for his town and the people around him. Once he returns, he rejoices in the feeling of how much he really does love his life. Sound familiar? Jack Skellington chases a dream in his own story, creating an alternate world that just doesn’t fit, causing mayhem. In the end, he remembers his place in Halloween Town and how good of a Pumpkin King he makes for his fellow townspeople. The themes in The Nightmare Before Christmas are in line with other Christmas films, especially in Jack’s character. His intentions and the actions he takes are all pure; he truly does want to try spreading joy and laughter instead of fear, despite how terribly it ended. Jack became content with his life and was able to appreciate both holidays. He wants the best for his town and the people who live there, embodying the spirit of Christmas.

The Nightmare Before Christmas is a movie that can be enjoyed by everyone. It is a kid’s movie, but because of the Halloween elements, older audiences can also appreciate the film. Since it was released back in 1993, there’s also a nostalgia factor for adults watching it now. The film covers two of the most popular holidays and can appeal to many different kinds of people because of that. Some people appreciate the darker imagery and the ghoulish designs of the citizens of Halloween Town and some love the cheery Christmas feeling that comes when Jack fawns over the idea of the holiday. The film also happens to bring people together to debate over which holiday the movie is even about. Either way, people are coming together to talk about and enjoy this movie for whatever reason they see fit. Christmas is all about pulling a family together to enjoy their time with one another and this film is perfect for that.

The Nightmare Before Christmas is a movie that can be enjoyed whenever it’s viewed. It just so happens that most people choose to watch it during the spookiest time of the year. The film’s scary imagery and the sinister atmosphere is celebrated by its fans, but a movie means so much more than what shows up on the screen. The movie revolves around the holiday and what it means to celebrate Christmas. The main character learns through trial and error what he wants out of life and how to be content with it. Lastly, the movie has a way of drawing people together despite their differences and celebrates the aspects of people who love Halloween and Christmas. Jack Skellington goes through a struggle to find happiness in his life and once he sees it was already there, he can finally settle down and relax with his loved ones. What’s more Christmasy than that?