Two Repeals for One Breed 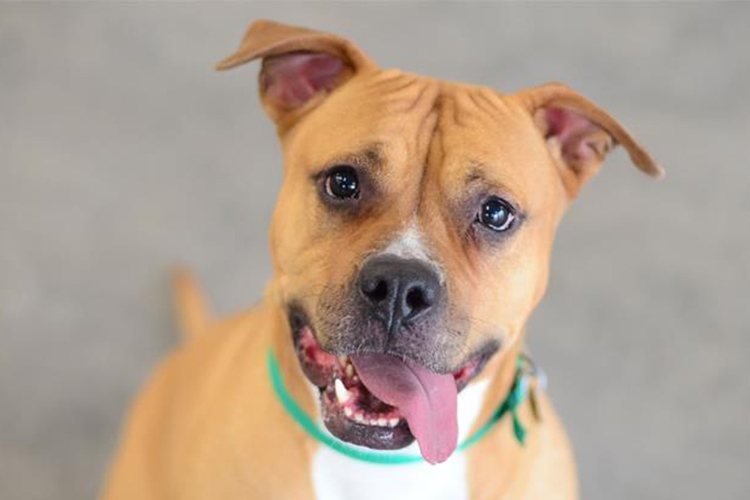 Denver and Aurora have officially repealed the pit bull ban that has been in place for decades, yet a variety of restrictions remain.

The New Year has brought an exciting change for the animal lovers of both the Denver and Aurora communities. On November 3rd, 2020, the election results for Ballot Measure 2J (Denver Pitbull Ban Repeal) showed that 66.23% of Denver voters supported the repeal of the county’s pit bull ban. It was officially repealed in January at the beginning of 2021, meaning pit bulls are now legal for adoption and ownership in the City and County of Denver. Aurora has followed in its footsteps by repealing their pit bull ban on January 11th, 2021, approximately two weeks after Denver’s official repeal. Though these two cities have successfully repealed a ban in place for generations, there remain a variety of complications and rules that follow.

Denver has been indecisive on whether this breed-specific legislation should be in place for over 30 years. The City and County of Denver has had many concerns for safety, which is why they have been so reluctant to approve the repeal. The former ban was in place since August 1989, after a pattern of fatal attacks from pit bulls in the Denver Metro area. Being intensely against the injustice of the breed-specific legislation, an overwhelming number of organizations strived to fight for the pit bull ban repeal through a variety of platforms, most commonly through petitions and fundraisers. Consequently, the determination of these individuals has led to the success of the Denver and Aurora pit bull ban repeals.

Shortly after Denver’s pit bull ban repeal, Aurora decided to repeal their ban as well, which had been in place for approximately 15 years. In the past, Aurora City Council had rejected the ballot measure numerous times, yet it appears that Denver’s repeal inspired them to have a change of heart. Mayor Mike Coffman suggested a new ballot measure on lifting the ban that would have gone to a vote in November 2021, but council members decided to vote on the law immediately. The final vote for the repeal was 7-3.

The Denver Dumb Friends League, a non-profit animal shelter located in the city of Denver, has shown outstanding support for the repeal of the pit bull ban. For decades, they fought for the breed’s spot on Denver’s ballot and consistently advertised justice for pit bulls. When in place, the Denver Pit Bull Ban prevented the league from adopting out pit bulls to any Denver resident. Evidently, this caused many pit bulls in their possession to stay in the shelter for weeks or even months at the longest. It was common for pit bulls who had the longest stay to be transferred to another organization the Dumb Friends League partners with, specifically ones located where pit bulls have a better chance of legally being adopted. Now, after a fight worthwhile, the Dumb Friends League is proud to have the ability to send pit bulls home with Denver owners. To celebrate such a joyous occasion, the league arranged a week-long event on January 11th called the “Pittie Party.” The caption of their social media post describing the event states, “To celebrate 2J going into effect and our perfect pitties being legal in Denver for the first time in 30 years!. . .50% off adoptions for pit bulls one-year-old and older. . .Adopters will receive a Pittie Party swag bag that includes a pittie parent t-shirt, @kongcompany toy and @hillspet nutrition treats!” Clearly, this repeal was a huge success for this organization and shows how it has positively impacted a multitude of citizens in the city and county of Denver.

Even though the bans are lifted, there are still some barriers that remain for adoptable pit bulls and owners. The process and rules for adopting a pit bull tend to be excessive and strict. The new regulations state that when a pit bull is adopted, they must earn and be issued a provisional Breed-Restricted Permit through an official breed assessment. Currently, the only location that provides these assessments is the Denver Animal Shelter. Other shelters are hoping to be able to give these assessments soon, so adopting parents will not have to worry about going to more than one location to legally adopt or keep their dog. The breed assessment takes approximately 30-45 minutes and is conducted by trained professionals at the shelter. Denver’s website states, “All pit bull owners and adopters must contact Denver Animal Protection to schedule an appointment for a breed-restricted assessment. . .The assessment fee is $25 per dog and is non-refundable. No owner or keeper of any pit bull may own or keep more than two (2) pit bulls per household. . .The owner will be provided with an official breed evaluation letter stating that the dog was evaluated by Denver Animal Protection.” It is also mentioned that when an animal in Denver is determined, by genetics and physical characteristics, to be a pit bull, the animal is required to obtain and wear the permit tag attached to its collar or harness at all times when it is off the owner’s property. The fee for the permit is $30 per animal per year and must be renewed every year for three years. If there are no violations within the three years, Breed-Restricted Permit holders can ask for the removement of the Breed-Restricted Permit requirement. These extensive measures are currently required for all pit bull owners within Denver.

Many citizens have expressed that the additional expenses and requirements for owning a pit bull are still discriminatory against the breed. However, they are extremely grateful that pit bulls finally get their rightful opportunity to legally go to a caring home. Though there are still many steps to eliminate the restrictions held against pit bulls, repealing bans is the first, allowing pit bulls to be treated like any other dog deserving of a loving owner.