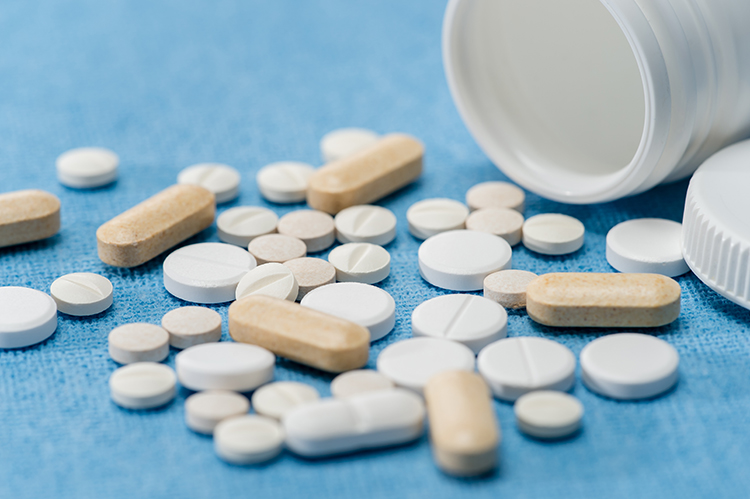 More and more people are suffering from opioid addictions than ever before. photo courtesy of storyblocks

An epidemic is plaguing the United States. The culprit? Opioids.

Over the past 20 years, an opioid epidemic has been plaguing the United States. From teenagers to the elderly, the number of people who are addicted to these drugs is rapidly growing. The number of opioid related deaths is also increasing. What exactly are these drugs? Opioids are a class of drugs used to relieve pain. There are three kinds of opioids: natural, synthetic, and semi-synthetic. Most people are probably familiar with all three of these. Natural opioids are derived from poppy plants, called papaver somniferum. The most common example of a natural opioid is morphine. The second type of opioid is synthetic and is completely chemically made. One of the most common types of these opioids is Fentanyl, a very potent and powerful drug used for treating pain. The third class of opioids are semi-synthetic. This means that the drugs for these are synthesized from natural substances but do not occur by themselves in nature. Heroin, hydrocodone, and oxycodone are all semi-synthetic opioids.

Now that it is understood what opioids are, it must also be understood what they do to the brain and body that makes them so addictive. The human body is full of opioid receptors. In addition to these, people also have something called endogenous ligands. Ligands are signaling molecules that attach to the receptors throughout the body to perform tasks. Endogenous ligands attach specifically to the body’s opioid receptors. When this attachment occurs, it signals a painkilling effect. This receptor/ligand duo basically acts as the human body’s built-in painkillers. Opioid drugs mimic this naturally occurring process.

According to the Center for Disease Control, 130 Americans die every day from opioid overdoses. Hundreds of thousands of Americans have lost their lives due to these drugs. So, what is causing this rise in opioid-related deaths? The most obvious cause is the increased use of opioids. Since the 1990s, the number of opioid prescriptions written has been steadily rising. That’s where the first wave of this epidemic started. The second wave came around 2010, with the number of heroin overdoses rapidly rising. The third and final wave came in 2013 when the number of overdose deaths related to synthetic opioids began to rise.

So, with all these controls set in place, how are people getting addicted in the first place? The answer to that is multi-faced and differs from addict to addict. The epidemic’s victims can be divided into two categories.  The first is teenagers and young adults who began using the drugs recreationally. These people make up a large percentage of the using population. They typically get the drugs from a family member or friend, and for the ones who get addicted, that one pill can be the beginning of the end. The second is patients who began using the drugs for their intended purpose, to kill pain. These people acquire the drugs with a legitimate prescription but then become dependent on them for everyday life.

When someone takes an opioid, it has multiple effects on their body. They release endorphins into the body which “muffle your perception of pain and boost feelings of pleasure, creating a temporary but powerful sense of well-being,” according to the Mayo Clinic. As you continue to take these drugs, the body’s production of endorphins slows. That means the same dose of the drug does not produce the same sense of euphoria as it once did. This is called tolerance, and it often leaves addicts needing to up their dose to achieve their desired high. Some people are at an even higher risk of developing an addiction after just one pill. These people experience a sense of euphoria as well as a sense of certainty. They believe that this high is what they have been missing all their life. So, when a teenager pops their first OxyContin at a party and feels that rush of euphoria, they are left wanting more. That is how an addiction develops.

But who is to blame for what is considered the worst drug epidemic in American history? Addiction is a disease, so the blame cannot be placed on the victims. Instead, the blame must be shifted towards the pharmaceutical companies and the doctors who have chosen to take part in the company’s twisted scheme. Shocking news has recently been emerging about the role of drug companies in the epidemic. The worst part is that they knew exactly what they were doing.

Currently, Insys Therapeutics is under fire for pushing doctors to prescribe the company’s highly addictive opioids, and the company’s executives are facing time in prison. The pharmaceutical company specializes in a drug called Subsys, and the main ingredient is fentanyl. In an interview with PBS, Alex Burlakoff, a star prosecution witness in the case said, “The whole company is premised on incentivizing doctors to prescribe our medication.” Burlakoff was being paid to bribe doctors to prescribe the companies medication through a series of speaker programs. At speaker programs, doctors would be paid to give a speech and educate the audience on a variety of medical topics. This practice is completely legal, until companies like Insys Therapeutics began to link payment to the amount of opioid prescriptions doctors wrote for their company. The company was putting more money in doctor’s pockets, who would knowingly get their patients hooked on opioids. Now, this is only a small percentage of doctors, but regardless, they were contributing to an already growing epidemic. Unfortunately, Insys is not the only corrupt company that has been playing a role in the epidemic; there are many others. The nation is beginning to unmask the huge corporations who are responsible. Hopefully, with more attention being brought to the epidemic, larger strides will be made to wipe out the epidemic before it becomes unmanageable.

Luckily, there are many supports for combating the opioid epidemic and they begin with prevention. There are a couple easy things that people can do at home to prevent addictions in their friends and family. The first is to properly dispose of unused opioids after taking the prescribed amount. There are a few ways to do this:

For those who may already be suffering with an addiction, there are many programs in place that offer support. Beyond a rehabilitation program, there are websites offering support such as www.opioidrecovery.org as well as 24/7 hotlines like the National Drug Helpline (1-800-975-8435) or the National Opiate Hotline (1-800-662-4357). If you or a loved one is suffering from addiction, don’t be afraid to reach out. Start by calling a helpline and take the steps towards recovery.