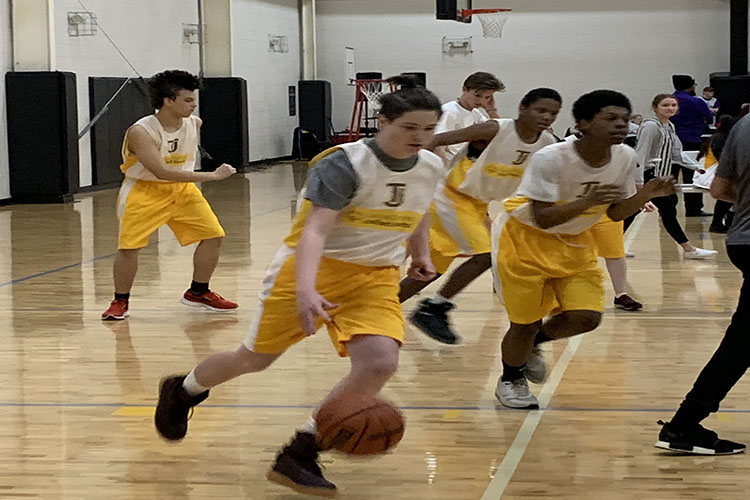 As Thomas Jefferson’s Unified Basketball team takes their leave, their peers should be reminded of the outstanding performance they gave throughout their season.

On Friday, March 2nd, TJ’s Unified Basketball team scored first place in a tournament held at Chatfield High. Unified Sports is an athletic program comprised of students with learning disabilities. Here at TJ, there are two teams that stem from this program: the Unified Basketball and Unified Soccer teams. TJ’s Unified Spartans are incredibly talented, proven by the basketball team’s latest series of victories at the Chatfield Tournament.

The Unified Basketball team works hard after school participating in practices and becoming prepared for local games and tournaments. Once a week, they focus on team-building exercises that allow them to have a better chance at success at aforementioned events. Throughout the year, Unified Spartans face two games, two tournaments, and structured practices. Though this proves to be a sizable challenge for our athletes, it yields great results.

Coach Shelby Randall is very passionate about her team, which is apparent in the kind and casual way she interacts with them. She appreciates that the team has “lots of different personalities, and general excitement for the sport.” Randall coaches the team once a week, and has specific tactics for helping them progress. “They’re very eager, so during practice I focus on reeling them in and keeping them occupied,” she commented. She was very excited about their victory at Chatfield, and was especially surprised by a half-court buzzer shot made by freshman athlete Lamar Lee.

Though this year’s season is coming to a close, the future looks bright for further endeavors in Unified Sports. This year, AVID teacher Elizabeth Lynch was responsible for scheduling practices, tournaments, and games while Randall worked with the team as the coach. Starting next year, however, Randall is stepping up to the plate and taking on Lynch’s responsibilities.

As the Unified Athletes begin to take their leave, it’s important to consider the amazing season they’ve had. If anything, this year has shown that every Spartan has a potential for greatness. When Unified Athletes take the stage once again next year, expect their successes to be just as great, if not greater, than the jaw-dropping performances we’ve had so far.