What a Fright at Movie Night 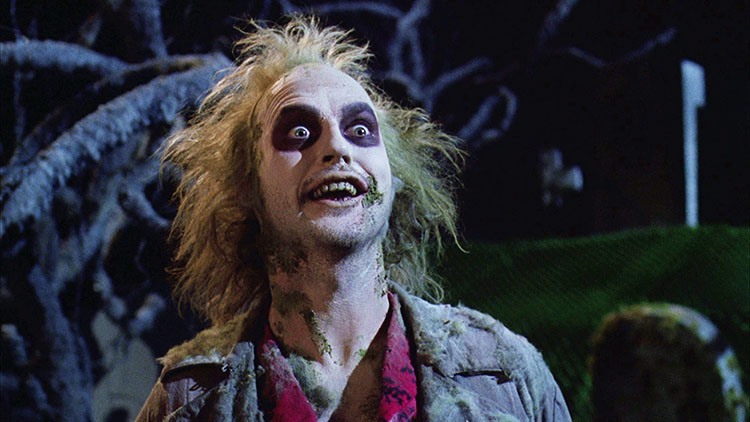 Beetlejuice (1988) starring Michael Keaton was chosen to be played by over 400 TJ students at the annual movie night. photo courtesy of moviefone.com

This year marks the fourth movie night that TJ students have organized, and it was one to remember. This year Beetlejuice (1988) was the movie chosen and enjoyed by TJ students. Leadership students began the process of choosing the movie by sharing ideas with one another and then narrowing it down to their top two movies. The TJ leadership class put a poll on the Thomas Jefferson High School Instagram account, and over 400 students chose Beetlejuice over Coraline (2009). The students not only enjoyed Tim Burton’s iconic and one of a kind fantasy horror film, but “the audience enjoyed the camaraderie of coming together to watch a movie,” explained Erin Thompson, counselor and leadership teacher. Students in leadership were responsible for securing the popcorn, the popcorn machine, the auditorium, a physical copy of the movie, treats to sell for the movie, and chaperones to observe students during the movie. Thanks to: drama teacher Michael Palmieri, drama and Choir teacher Tambyr Reed and social studies teacher Jason Klimczak, that was all possible.

Spartans not only enjoyed munching on snacks, but they also liked the scary hallway. The scary hallway was a pathway students had to go through before entering the movie, and everyone appreciated the spooky decorations and being scared out of their wits by senior Drea Thompson. Like all events, challenges were faced while planning and preparing for the event. “We had a sound problem with the movie, and leadership was rushed to set up for the night,” said junior Brynn Roberts. Because of the sound delay, the movie was delayed an hour, but that did not stop Roberts and other leadership members from keeping a positive mindset and enjoying the film.

Next year, leadership looks forward to choosing a new movie, improving the scary hallway and choosing snacks to sell during the movie. The money made from snacks and concessions was split evenly amongst the senior, junior and sophomore classes for prom. Students interested in joining leadership in planning and preparing for next year’s movie night or other TJ traditions like the annual talent show, homecoming or bonfire, should contact their counselor.