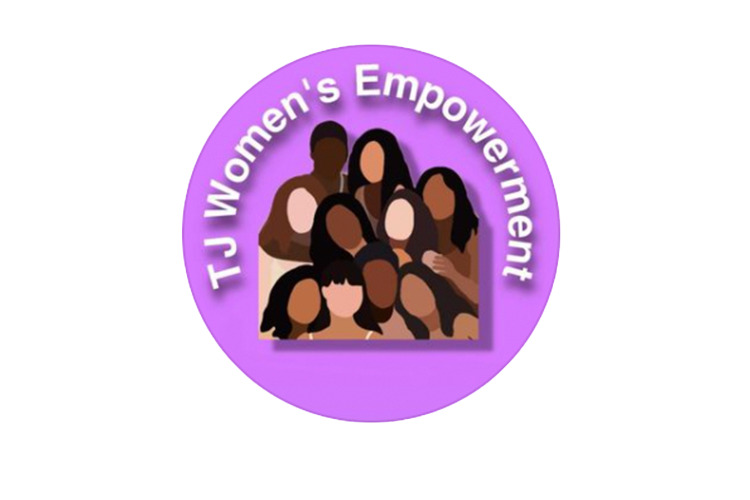 The Women’s Empowerment Club is looking to make a big impact on the TJ community in its first year of operation.

For anyone familiar with the culture at Thomas Jefferson High School, it may be a surprise to hear that a Women’s Empowerment Club (WEC) was just founded this school year. Though TJ’s community is inclusive and works to ensure equal opportunities across the gender spectrum, the addition of the WEC will help funnel efforts to create even more positive change. Founding members and co-presidents, seniors Eva Pavlik and Lucy Adlen, have big plans to change the culture around TJ and their community at large. Their inspiration to start the WEC at TJ was their previous participation in “Project Like a Girl,” which Pavlik explains “was started by four women from DU. Their goal, which is on the website projectlikeagirl.com, is to educate girls and women on their bodies and to help their self-esteem.” After seeing the impact “Project Like a Girl” had on the community in Denver, Pavlik and Adlen were motivated to bring those same changes to the atmosphere at TJ.

With their eyes on the horizon, Adlen and Pavlik have multiple plans and goals they hope to implement and achieve before graduating from high school in May. “Our first and foremost goal is to help the girls in our club and the girls in our school because they are the most accessible to us,” says Pavlik, “we are going to do little self esteem projects and other projects around the school to help the girls in our community.” Already staying true to their plan of action, Pavlik and Adlen lead the members of their club in affirmations during their weekly meetings on Thursdays during lunch. When explaining the purpose of affirmations, Pavlik expressed, “A lot of girls, just because of societal standards, struggle with how they look at themselves. They see girls on social media and they try to be like that. They don’t like their face or body or their personality, so they try to change it all, and that can be really harmful.” Affirmations are a great way of changing one’s negative mentality. Repeating positive affirmations and kind words helps to nourish oneself and grow their self love and acceptance. In addition to helping the young women at TJ find self love, the WEC also plans to do fundraisers for organizations that help women in their community. Pavlik explains, “We aren’t only helping women around the school, but in our community at large.”

This year when students arrived back at TJ, they were welcomed with a new and improved dress code. Previously, the dress code was written in a way which objectified women and largely limited what they could wear to school. “I think that [change in the dress code] has been long overdue. It makes me proud to go to a school that is reviewing things and deciding what needs to be changed,” exclaimed Adlen. The changes made to the dress code allow female students to feel more comfortable when at school. This kind of forward movement is a perfect example of the kind of change the WEC hopes to make at TJ.

A big part of women’s empowerment and feminism that is often overlooked is intersectionality. Intersectionality is defined by the Oxford dictionary as “the interconnected nature of social categorizations such as race, class, and gender as they apply to a given individual or group, regarded as creating overlapping and interdependent systems of discrimination or disadvantage.” An example of intersectionality is being both black and a woman. When intersectionality is overlooked, it is easy to forget that some people have multiple aspects of their identity which can subject them to discrimination. The feminist movement is overtaken by straight cisgender white women, and, while their struggles are valid, efforts taken to relieve their issues usually will not help women who fall into other minority groups. Understanding this complex concept Adlen comments, “We decided before even establishing the name of the club that we wanted to work with, for example, Black Student Alliance because Eva and I are both white and cannot speak on a lot of the things that black women in our community experience.” Pavlik adds to this comment saying, “We are definitely going to have days that are just run by women of color so they can talk about their experiences because obviously it’s a lot different from white women’s experiences.” Ensuring that all women are represented and uplifted is the number one goal of the WEC, and their understanding of intersectionality will allow them to achieve it.

In addition to racial inclusion, Adlen and Pavlik want to make sure that people from all across the gender spectrum are comfortable attending their club meetings. “It doesn’t matter who you are or how you identify you can still come to our club,” says Adlen, “the main thing is being respectful and as long as you don’t make anyone feel like they can’t be themselves in the club, you are welcome.” If they are comfortable, members of the club are asked to share their pronouns to ensure that all identities are being recognized and respected. Additionally, WEC is not only for women and non-cisgender folk, but also for men. Working towards gender inclusion at TJ will be most effective with involvement from people of all backgrounds. To join the WEC and become part of the change, attend their next meeting, Thursday September 30th at 11:30 am in room 10.