Wrestling Our Way Through the Pandemic 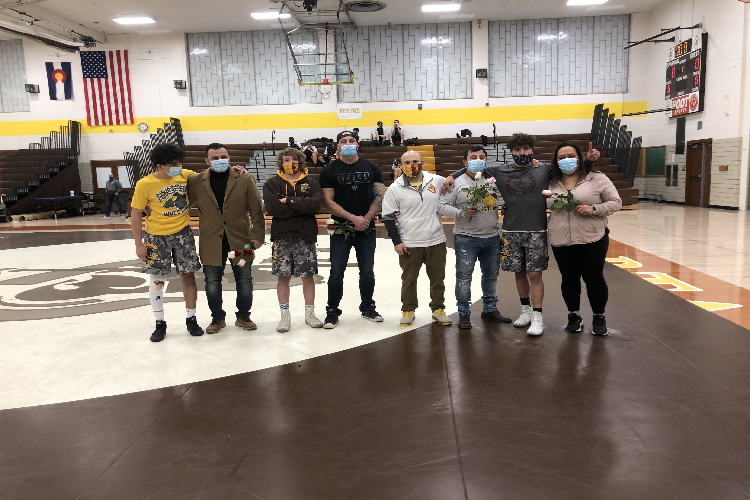 Out of all the high school sports at Thomas Jefferson, one of the sports that requires the most contact with others is wrestling. Wrestling requires the wrestler to be up close and physical with their opponent in order to win. However, due to COVID-19, wrestling had some very large changes just like any other sport this year. The coaches were notified on January 14th that the season would happen, giving them just four days until the start of the season on the 18th. This required the student athletes to be committed and ready for a season in a short amount of time, but just like any sport at TJ, the students came out ready to work hard for the season.

Due to the virus, practice time this season was cut by 25%, forcing athletes to be in and out of the wrestling room in 90 minutes. This meant that especially this season, the students had to use every minute in the room to work hard on their sport and get the most out of the time they had. The students and coaches were very grateful for the time they were allowed in the room and were happy to simply have the season continued this year. The beginning of the season required the wrestlers to wear the masks at all times even while wrestling with an opponent; this can prove very difficult, making it hard for the athletes to breathe because of the sweaty masks. Later on through the season, however, the mask mandate for wrestlers was lifted before the Regional Tournament, making it easier for the students to breathe while competing. Along with the change in time and masks for the wrestling season, there were no tournaments on Saturdays like there usually were during a regular season. This meant that there were only duals all the way up until the Regional tournament. “Tournaments require a level of independence and experience.  For many kids on our team, the regional tournament this year was their first wrestling tournament,” wrestling coach Logan Vargas said. Vargas tried to run simulations to get the new members used to the way tournaments are run, but nothing can compare to the real thing. This season showed a lot of challenges for the team, but together they pushed through and worked hard.

Not only did the whole team work hard, but two students in particular, seniors Hosam Khattab and Isaias Estrada, won league titles for TJ. This, in fact, was Estrada’s second state title, making him a back-to-back state champion. This was the first back-to-back win in all of DPS since 2004, proving just how hard Estrada worked for his spot. The athlete expressed, “It feels like just another win to me. I am thankful to God for the victory. Honestly though it feels the same as winning the first one, great, but it makes you question and challenge yourself.” This mentality Estrada maintains allows for him to continue his career and go to the University of North Carolina for wrestling. If any students are interested in helping TJ continue to win more league titles, contact Coach Vargas at logan_vargas@dpsk12.orgwith any questions about the sport.