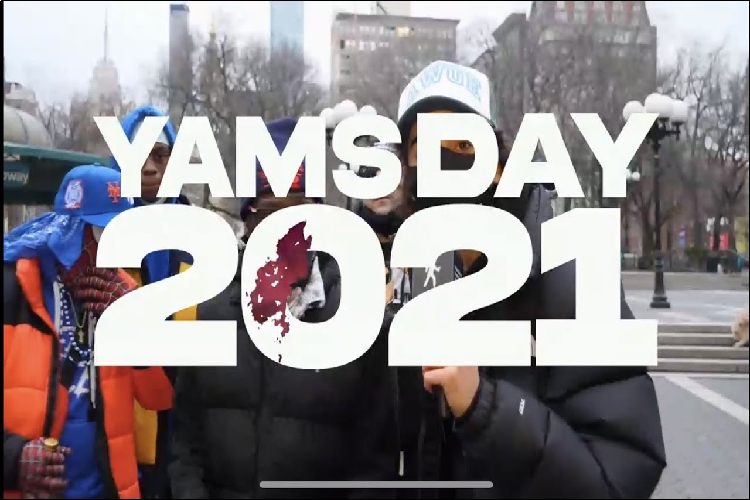 To honor the passing of A$AP Yams, A$AP Rocky and the whole A$AP collective put together a virtual award show like no other.

When most people hear the word A$AP, which stands for Always Striving And Prospering, the first face that comes to mind is the label’s most popular and versatile artist, A$AP Rocky. What many people do not know is that Rocky would be nowhere without the help of hip-hop’s blooming creative star, A$AP Yams. In an interview with The New York Times, Yams described his relationship with Rocky, saying “[He’s] like Luke Skywalker, and I’m Yoda.”

On January 18th, 2015, A$AP Mob founder and A$AP Worldwide co-owner A$AP Yams died of an accidental drug overdose at age 26. Yams, whose real name is Steven Rodriguez, has often been credited as being the main reason why Rocky blew up. Yams posted Rocky’s breakout song, “Peso,” onto his Tumblr account, leading to the song gaining radio play only two weeks after its release. In the same interview with The New York Times, A$AP Rocky touched on Yams’s work, saying he was the “mastermind behind the scenes.” Not only was A$AP Yams the forefather of the A$AP Mob and A$AP Worldwide, but he is also the reason behind A$AP Mob’s “Yams Day,” an annual, one-day concert every January 18th to commemorate and celebrate the life and influence of A$AP Yams.

Yams Day premiered in 2016 with a boastful performance lineup including some up-and-comers such as Action Bronson, Lil Uzi Vert, Pro Era, and Flatbush Zombies who have since grown even more in popularity. The second annual concert propelled Yams Day into becoming one of the most recognizable days in hip-hop culture, as A$AP Rocky was able to put together a star-studded lineup including Kendrick Lamar, The Weeknd, French Montana, Tyler The Creator, Lil Uzi, Danny Brown, T-Pain, and even more. Since then, Yams Day has continued to thrive year in and year out, continually acting as a platform to highlight up-and-coming and big named rappers, hype up fans at the start of the new year, and most importantly continue the legacy and dreams of A$AP Yams.

Although this January is different, A$AP Rocky and the whole A$AP collective group have still managed to continue the tradition of having Yams Day on January 18th, only this year, like everything else right now, it is being done virtually. On January 12th, A$AP Rocky and A$AP Mob released a “Yams Day 2021” trailer, which showed Rocky walking the streets of New York asking random people if they would be participating in the virtual Yams Day next week. One of the most talked-about new features coming to Yams Day this year is what Rocky liked to call the ‘Yammy Awards;’ he talked about this in a tweet saying, “We will be giving out Yammy Awards to artists this year who we & the people feel honestly earned and deserve it.” This comes after the Grammys, which have been under heavy fire not only this year, but many years past, for snubbing big named artists such as The Weeknd, Lil Baby, Lil Uzi Vert, Kendrick Lamar, and many others.

A$AP Yams’ mom, known as Mama Yams, has been a huge influence over previous Yams days, but this year much more than others. The Yams day stream begins with Mama Yams making a speech about the lives lost from the coronavirus pandemic, while still keeping hope alive for brighter days in the near future. Mama Yams finishes her speech introducing the Yammy Awards, which ended up being the main event surrounding this year’s Yams day.

The nominees for the first Yammy Award, the Big AWGIE Award for best creative direction, were Travis Scott, Baby Keem, Drake, TeezoTouchdown, Flatbush Zombies, Slowthai, and Jean Dawson. Ultimately the first award of the night went to TeezoTouchdown, a mysterious icon in the rock-rap subgenre. The nominees for the Many Flows Award, which means most versatile rapper, were Lil Uzi Vert, Polo G, Sadababy, Babyface Ray, DaBaby, Young Thug, and Gunna. The Many Flows Award was awarded to Young Thug, who showed praise for Yams and all of A$AP Mob in his award speech. Next, The nominees for the New Level award for overachievement were Young Thug, Lil Durk, Tyga, Cardi B, and Lil Yachty, the winner being Lil Durk. Finally, Megan Thee Stallion, DaBaby, Griselda, NBA YoungBoy, and Lil Baby were nominated for the last award of the stream, which was the Yamborghini High Artist of the Year award, which went to Lil Baby. Throughout the stream, in between awards and A$AP Yams praise, each member of A$AP Mob and other artists such as Key! and MF Doom previewed new music through short video snippets.

While in years past Yams day has been a star-studded, concert-like event, the majority of this year’s Yams day shows vintage footage and interviews involving A$AP Mob and many other hip-hop icons paying respect to the late A$AP Yams. Many fans may have been caught off guard and even disappointed by the lack of music and big named appearances this year, but those who have been a fan of A$AP Mob know how important and influential Yams was and still is to the group. This year’s Yams day was about sharing A$AP Yams’ persona, story, and influence to the mainstream hip-hop scene and celebrating one of hip-hops most important behind-the-scenes orchestrators.