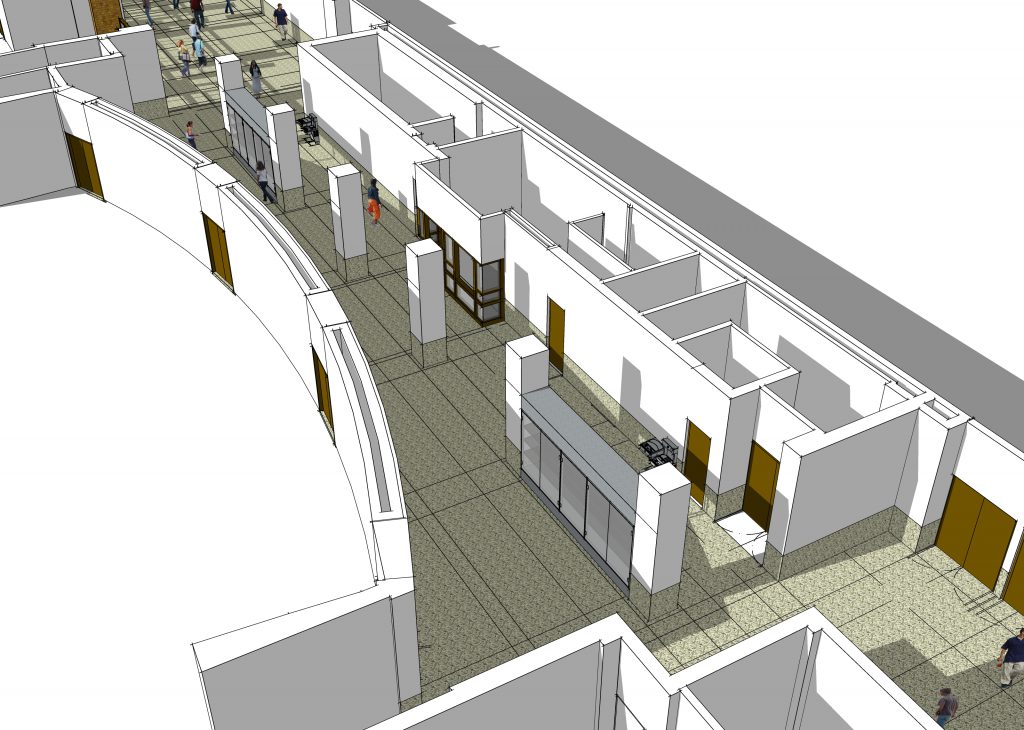 TJ updated many parts of the school over the summer, however more construction will occur in 2020 before the renovations are finalized. photo courtesy of Mike Christoff

Due to some setbacks, the construction to renovate Thomas Jefferson High School will resume at a later date.

As Spartans began the new school year, they might have noticed that the hallways looked very different than they did when students left TJ for summer break. Students may recall that the school underwent construction to renovate particular parts. The dust and concrete from the lobby have been replaced with carpet tiles and appears more open than it did in the spring. The library has taken on an entirely new look as well. However, due to some miscommunication through DPS, the construction will partially continue this year before resuming in the summer of 2020.

While Spartans were enjoying a break from school, TJ went through a metamorphosis. It was announced last year that the school would use money that was awarded to the district by Denver voters to renovate the lobby and library of TJ. The construction, which began in the final weeks of last semester and continued into the summer, has already greatly transformed the inside of TJ. “The library is almost 100 percent done, but there is still some things that need to be finished,” explained principal Mike Christoff. With the smart TV on the west wall having recently been installed only minor adjustments are needed including: adding in USB ports, a few more coats of paint, and some electrical work. Despite the progress that was made over the summer, there are many elements of the renovation that must still be completed.

While the halls of TJ are no longer covered in dust, with concrete floors and exposed ceiling beams framing the lobby. The lobby floors that are currently walked on by Spartans as they enter the building are only temporary and will be replaced in the summer of 2020. The lights will be inserted with brown and gold foam to brighten up and add extra school spirit to the lobby. The office vestibule out front will also get a sliding door to replace the open space in that area and provide more security overnight. As for the concessions stand that will be located near the baseball field, TJ is still waiting on getting approval from the Denver Fire Department to make sure that it is safe for use. “I’ve been told that we should get access pretty soon and that we can start to stock it and sell merchandise once all safety measures are met,” Christoff described.

The lights in the field also received an upgrade, which will now be remote-controlled off of Christoff’s phone. “It’s really cool. If a coach texts me and says ‘hey we’re done with practice,’ Ms.Rice and I can turn the lights off in like two seconds from home.” Xcel recently came to TJ to install a transformer to program the lights and the hope is for them to be in use in the next few weeks. In October, TJ will be getting a new marquee sign out front. The new digital sign is comprised of two 72 inch screens with a brick outline.

The original plan was for the construction to be completed in the final weeks before the 2019-2020 school year began. With the adjustments that will be made to the library and concessions stand, most of the construction will be completed on time. However, due to some issues, the renovations were paused and the date for finishing the construction had to be pushed back. “With the growth and subsequent construction boom in Denver, there are sometimes delays in projects,” mentioned Christoff.

There are plans to resume the remodel this summer! “The floors in the lobby will be taken out next summer and the plastic paneling will be taken out and tuned up,” noted Christoff. After the summer, TJ’s renovations will be complete. The remodel includes the renovated library, the new front lobby, a new marquee sign, and a snack shack by the baseball field. Although the construction did not quite meet the original timeline of completion, Spartans are eager to see TJ’s new look next school year. For more information on the specifics of the remodel click here.