DONATE NOW TO SUPPORT OUR PROGRAMS! 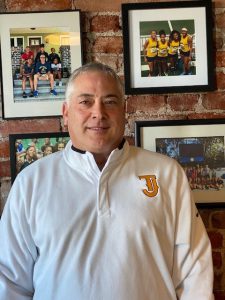 Sprints and Relays
Coach Fred is in his first year as the Spartans Head Boys and Girls Track & Field Coach, after several years of coaching at Mullen, Ralston Valley and Littleton. He coaches for Angel Flight Track Club where he has developed several D1 athletes. Coach Fred also coaches defensive backs and receivers for the TJ
Football team. When he is not coaching, he runs a law firm in Littleton.
Coach Fred can be reached at fred_van-remortel@dpsk12.net